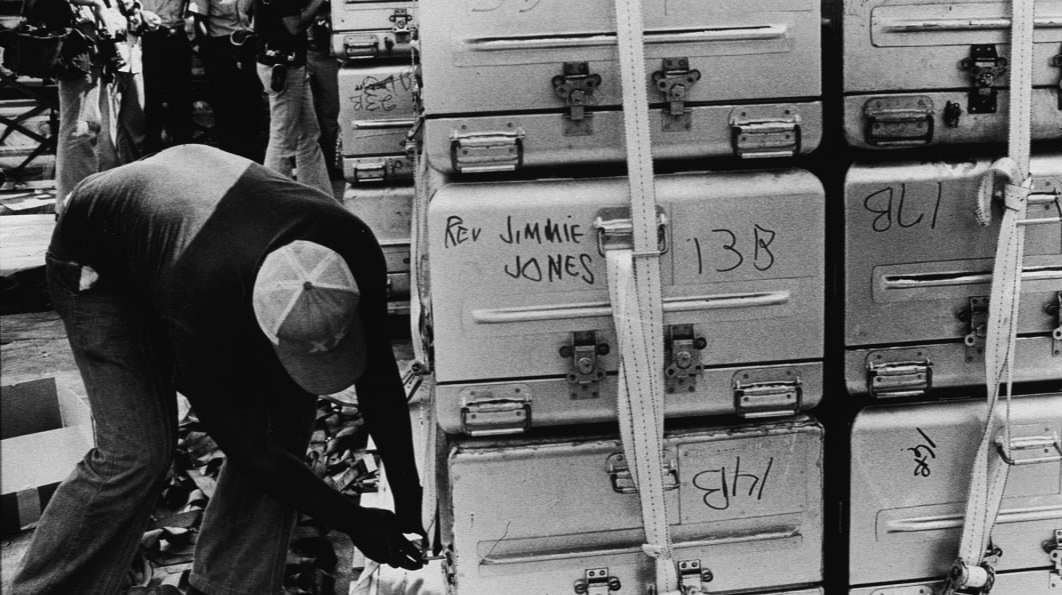 Fear of abandonment was a big problem for Jim throughout his life. It most likely stemmed from his difficult childhood, the neglect and isolation he felt from his parents. He claimed his father nearly killed him and he felt verbally and emotionally abused by his mother. She would praise and criticise him in equal measure. Even before he was born she believed he would be the most powerful man on earth. But by the 1970s when he had achieved a powerful status, she said it was far from an achievement to be “followed by sheep.” She even laughed when his wife Marceline showed concern about his drug addiction.

The first time Jim wanted to commit suicide was at the age of ten, after he saw his dog die. He did not follow through with it because he thought the people and animals in the neighborhood needed him. It was an obsessive thought until the end; my people need me.

The death of daughter Stephanie in 1959 seemed to affect him deeply. He began self-medicating with Darvon the same year. When asked about her death eighteen years later he still found it difficult to talk about.

He began to show signs of paranoia in 1962 when he talked about the end of the world. He also claimed God had spoken to him on a train and he heard “signals” from another planet. There is a rumour he was hospitalised for exhaustion and possibly a small mental breakdown. He saw a psychiatrist around this time and again in the early 1970s.

Jim’s paranoia increased when his drug use turned into an addiction in 1971. Amphetamines in particular heightened the paranoid thoughts. The inner circle acquired the drugs and along with the congregation, they played their part in enabling him. They helped to fuel his ego, instability and megalomania.

He always longed for satisfaction and tried to fill his emptiness with many addictions; drugs, sex, food, power, money, and more. His sons Stephan and Jimmy said those addictions were strong but his main addiction was the desire for adulation and attention. Although he often appeared more relaxed around animals and children because there was no need to impress them.

He preached about suicide, infamously “revolutionary suicide.” It seemed to be a projection of his personal self-destructive thoughts and tendencies. He said he should never have been born, or he wished he could go back and do things differently. Towards the end he mentioned his fantasy of the “orgasm of the grave.” Ironically he had made a speech against suicide on the Golden Gate Bridge in May 1977, the same year he admitted that he had lived with depression for many years.

Jim acted like the most powerful, fearless person in existence and he felt pressure to live up to the messianic role his people helped to put him in. But Stephan said he always was a scared and vulnerable man underneath; lonely and heartbroken.

The White Nights in Jonestown became more erratic and he injected more medication for depression and anxiety during the final months. He confided in people, telling them he had failed. He was seen crying several times, which was also reported in his young years. Contrary to the belief that he was emotionless, he actually was a very emotional person all through his life, most likely to the point of being unable to deal with his emotions. He said men should be able to express their feelings without shame or embarrassment.

On the last day when a handful of his followers wanted to leave, he took the defection as a personal betrayal, possibly feeling abandoned once again. It is more than likely that Jim was one of the few people who truly wanted to die that day. Some people believe his nurse shot him, but the evidence is more consistent with the gunshot being self-inflicted. As controlling as Jim was in life, it would make sense for him to have control over his own death which he had longed for most of all.