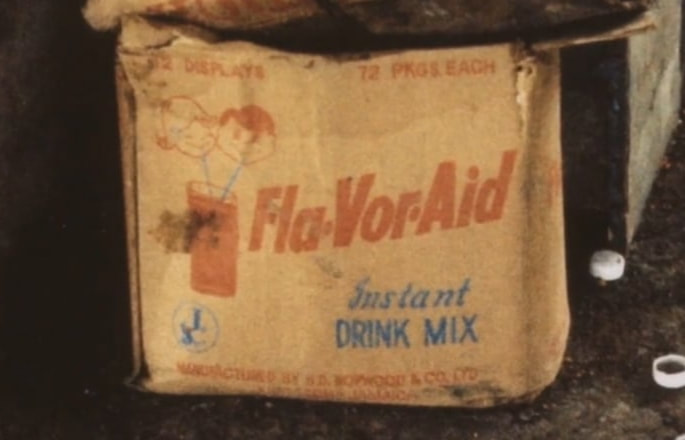 Myth: Kool Aid was used on the final day in Jonestown

Fact: It was a similar brand called Flavor Aid

“Don’t drink the Kool Aid” is an infamous saying associated with Jonestown and people often debate over it. The brand name of a drink might seem irrelevant considering cyanide was the main ingredient of the Jonestown “cocktail”, but for historical purposes the specific brand name is important and it was Flavor Aid that was mixed with the cyanide. Boxes of it were found after the massacre. It’s worth mentioning that Kool Aid was present in Jonestown at one time. Jim is seen opening a crate of it in March 1976 when footage was being filmed during one of his promotional visits. It was also used during the suicide practices. Jim and the congregation would drink it in normal situations as well, like at parties. I’ve read speculations of it being a mix of both brands on the final day, but even if that was the case, the majority was definitely Flavor Aid. Regardless, the Kool Aid man will always be a morbid symbol of the tragedy.