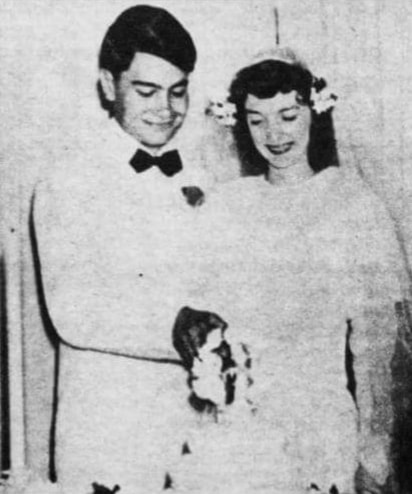 Jim was just eighteen when he married twenty two year old Marceline Baldwin in 1949. Most people are aware of their four year age difference, but I’ve seen it reported as eleven years a few times. The confusion probably happened because Marceline was eleven years older than her sister, Sharon.