January 2021 marked three years since Jim’s presence erupted into my life. He was a long time coming throughout the previous year, but on 22nd January 2018 at 10am, everything hit me with full force. It was the official start of my Jim Jones journey. A vivid dream about him that night was the first of many over these years (and they are significant too).

Three years have flown by, yet the depth and time feels longer. On that third anniversary, I took a moment to think about the impact Jim has had on my life and how it was meant to be. I realise how far I’ve come and what I’ve achieved since then, via the portal to Jim’s open world and his personal world; you can’t always find the latter in books and documentaries.

I think about my contributions and knowledge of his life on earth, along with a deeper spiritual understanding beyond his life on earth. He moved away from everything and everyone he knew, having freedom in death, but still haunts in the 21st century.

Sometimes I have to remind myself that he’s well known and infamous! It’s so intimate for me that I can overlook that the world knows him for negative reasons. He’s overwhelming now as he was alive, but always with love and positivity in my experience. I don’t expect or even hope that everyone will understand.

Strangely recurrent in this situation is number 13. I wasn’t looking for a pattern and I didn’t realise right away, but I noticed the prominence of 13 after a while, included in Jim’s birthday, my own birth, the I.D number of Jim’s body after death, the Jim Jones Cult Leader group I became admin of was created months earlier by another person, on the 13th. Important moments related to Jim have happened on that date or at times through the day like 13:00 or 5:13, or just an involvement of the number in some way. 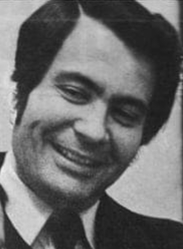 Considering this, I wondered why it was 22nd January instead of a 13th day when it all came together, but later when I saw Jim’s birth certificate, I found meaning in it. The number at the top of the certificate stood out: 22018. It resembled 22nd January 2018. I didn’t think the time of his birth would be relevant, until I read it happened at 10pm. He allegedly died around that time as well, or close to midnight depending on what you believe, but that doesn’t matter so much. It made more sense to me that Jim was born at 10pm, then on that bright January morning at 10, he was born again, or resurrected, into my life. In the 40th year of his passing, but at the start of the year like a new beginning. When and how it happened was perfect timing, falling into place at the right moment. I’m happy to do what I do while finding a balance with everyday living.

(Jolene McDonald is an admin of the Facebook group Jim Jones Cult Leader created in February 2018, and the creator of a blog – the Jim Jones Information Blog – to share some of the informative posts from the group. The posts from the blog also appear here.

Jolene’s other stories in this edition of the jonestown report are To Lynetta and Homage to Myrtle Kennedy, and The Jonestown Dream Quartet . Her collected works on this site are here. She may be reached at immaculatesleep@gmail.com.)