Peoples Temple had numerous incarnations throughout its history, mostly during its early years in Indianapolis, and had numerous addresses as well.

• Jim Jones himself began as a student pastor at the Somerset Methodist Church – located at the corner of Bacon and Keystone in Indianapolis – in 1952. The church building no longer exists. 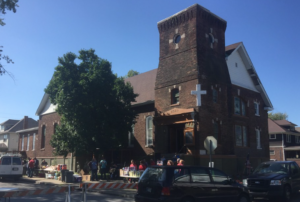 • In 1954, Jones was invited to preach at the Laurel Street Tabernacle by Rev. Russell Winberg, who would eventually become one of Jones’ associate pastors. Despite the popularity of Jones’ faith healings and his overall preaching style – and a tentative application to join the ministry there – it was a short-lived tenure. His open-door policy of including blacks from the area surrounding the church angered the board of directors. Jones left, with about half of that congregation following him out the door.

• That same year – even as he preached at the Laurel Street Tabernacle – Jones formed his own church, the Community Unity Church, renting a small building at Hoyt and Randolph streets. This is where he took his followers. The church building no longer exists. 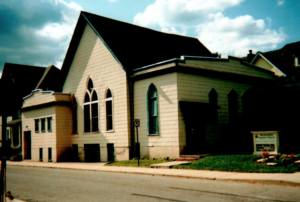 • About a year later – in 1955 – Jones bought a building at Fifteenth and North New Jersey Streets in a racially mixed inner-city neighborhood.

• Also in 1955, Jones had formed Wings of Deliverance, and even though that remained one of his non-profit corporate names for a number of years, the church itself became the Peoples Temple Full Gospel Church and – later that year – to the Peoples Temple Christian Church Full Gospel. Both in conversation and in its literature, however, it was referred to simply as “Peoples Temple.” 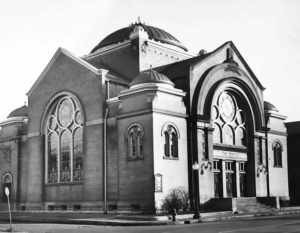 • Within a year, the growing size of the congregation necessitated another move, this time to a former synagogue at Tenth and Delaware Streets, near downtown Indianapolis. This location was the Temple’s permanent home until the church migrated to Northern California in 1965. The building itself was demolished soon after the tragedy in 1978.

• The Temple moved one more time in Indianapolis – this time to a smaller location, reflecting the drop-off in attendance during and immediately after Jones’ years in Brazil in 1961 ¬ before migrating to Northern California in 1965.

(Sources used in this FAQ include Chidester, David, Salvation and Suicide; Guinn, Jeff, The Road to Jonestown, and Reiterman, Tim with John Jacobs, Raven. Thanks also to Duane Greene for photos of the Laurel Street Tabernacle and the Fifteenth and North New Jersey locations.)