Even though Peoples Temple took its heart and soul to Guyana when 1000 members emigrated in 1977, it did not abandon its administrative, political and – perhaps most importantly – fundraising functions in San Francisco. 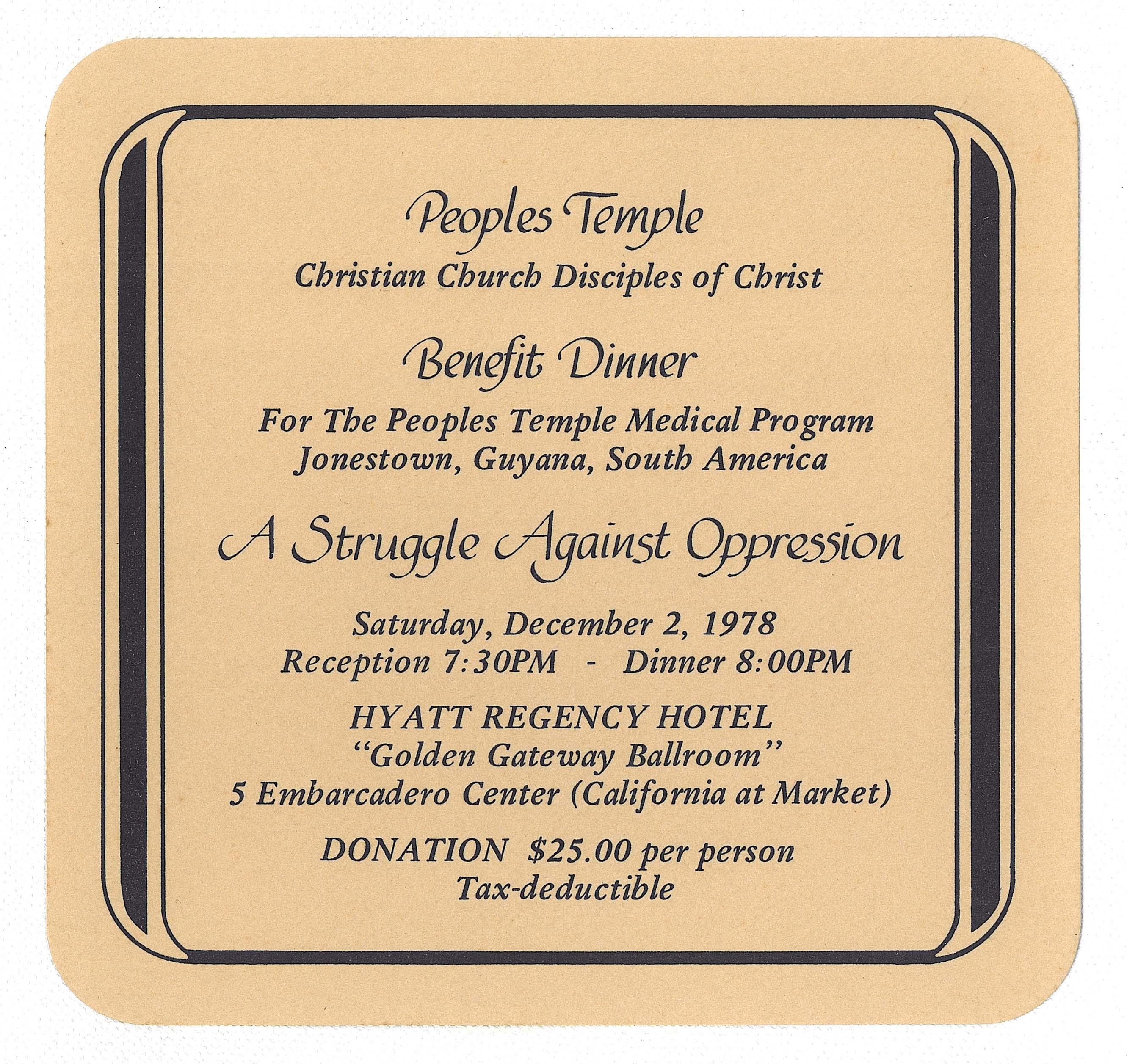 Throughout the fall of 1978, stateside Temple members, as well as friends and supporters of the church, received an invitation to a benefit dinner on December 2. Its stated purpose was to raise funds for the Jonestown medical program, but its list of guest speakers – including Mark Lane, Don Freed, Carlton Goodlett and Charles Garry, all of whom had visited the agricultural project in recent weeks – promised a vigorous defense against those who had criticized the Temple over the previous year.

Jim Jones was not on the program – he had not left Jonestown for more than a year – nor were any of the remaining Temple leadership in San Francisco.

The dinner was cancelled following the deaths in Jonestown.