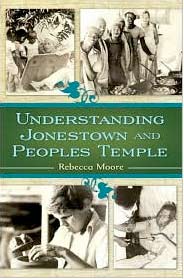 It took thirty years to write Understanding Jonestown and Peoples Temple, which was published by Praeger in March 2009. I have written numerous books and articles on the subject since 1978, but the present volume shows how my thinking has evolved, thanks to conversations and friendships with former members, a large body of research by scholars, and thousands of pages of documents and hundreds of audiotapes generated by the Temple.

Because voices from the anticult movement dominated media coverage in the 1970s, I felt obligated to present an alternative narrative to explain why people might have joined the Temple. My writings in the first decade after 1978 took on a defensive, even apologetic tone, in an attempt to balance biased reports with a countervailing – but equally biased – analysis. That is not to say that none of us spoke the truth: we did, but from radically different starting points. I’d never thought Jim Jones was God, so I had no need to demonize him; I never belonged to Peoples Temple, so I had no need to justify involvement in it.

In 1998, I launched this website with the deliberately-chosen name of “Alternative Considerations of Jonestown and Peoples Temple,” to present the totality of the movement and to provide a venue for other alternatives to the anticult perspective, which – 20 years after “Jonestown” – still dominated all discussions of Peoples Temple. (As the website has matured in the intervening years and developed into a forum for all former members, it now embraces alternatives to the alternative viewpoints, including anticult points of view.) At that same time, however, I wrote an article called “‘American as Cherry Pie’: Peoples Temple and Violence in America” (Syracuse 2000), which described the ways my thinking had changed about what had gone on inside the Temple. I continued to argue that government agencies, goaded by the Concerned Relatives, took an extraordinary interest in Peoples Temple and Jonestown, so much so, that residents of Jonestown felt justifiably persecuted. I acknowledged, however, that conditions in Jonestown were repressive, with dissent stifled and punished. The dualism that guided the anticult movement and divided the world between good guys and bad guys existed in Peoples Temple as well.

This new book benefits tremendously from the analyses, confessions, and narratives of many others, not only survivors, but also artists, writers, scholars, and relatives. As such, it represents something of a departure from previous writings. Some familiar themes appear, such as the role played by cultural opponents, the ways in which suicide was ritualized through multiple rehearsals, and the failure of U.S. government agencies to meaningfully investigate the deaths. But in re-examining the evidence that emerged in the 1970s, as well as all of the accounts written since then, a number of my opinions have changed. For example, it now seems clear that members’ experiences in the Temple were individualized: people lived radically different lives as members and, as a result, stories of life inside the organization differ tremendously. Some were privileged, some were disprivileged; some came in for harsh punishments, others enjoyed benefits. It appears that the seniors were treated with love and respect, and enjoyed a somewhat better standard of living – that seems consistent in almost every account – but other, younger adults seemed subjected to particular abuse and humiliation, especially in Jonestown. Although the Temple advocated a colorblind society, its leadership was disproportionately white. Finally, a social pyramid or hierarchy existed in what was supposed to be a radically egalitarian movement. Most survivors seem to be aware of this hierarchy today, and its fundamentally unequal distribution of power and authority. Yet I am not sure they were aware of it at the time.

The last three chapters of the book deal with what happened after November 18, and I am especially indebted to the memories and analyses that survivors have shared over the past ten years in the pages of the jonestown report. The last chapter, in particular, presents the reflections of survivors upon their own experiences. Artistic representations of Jonestown and Peoples Temple, especially poetry and song, have also deepened my understanding, by approaching the subjects from radically different perspectives.

I received a profound insight into Peoples Temple members in 1991, when I traveled to Ireland with three friends to visit their ancestral home in County Donegal. One woman, a former battered wife, talked to me about her marriage. She had seen no way out, Rose said, no escape from her abusive husband and violent son. It occurred to me that when you’re inside a battering relationship, you see things differently than you do as an outsider. You don’t see any way out. The same goes for Peoples Temple: those inside the Temple saw things differently from those outside. This insight helped me understand why people stayed in the Temple, even in their unhappiness.

There’s a difference between insiders and outsiders that empathy can understand, but not overcome. Nevertheless, non-judgmental acceptance by those who strongly disagree with me has in fact overcome separation. I don’t have to be right, or persuade them that they’re wrong. They can let go of their strongly-held narratives—at least for a little while—as can I, so that we may enjoy picnics and parties together. This mutual acceptance has enriched my life, and certainly informs this new book. I can be critical about what went on in Peoples Temple, without criticizing those who participated in catharsis, reported on friends, called relatives out, or cheered along with the crowd at someone else’s humiliation.

Time does heal, if we let it. New friendships with a variety of people I once distrusted have helped me abandon a personal narrative that excluded some Temple members, exonerated others, and forced me to take sides. Regardless of our individual actions in the 1970s, we did what we thought was right at the time. All of us suffered losses, and that binds us together far more than anything that separates us.

My first book on Peoples Temple, Moore, Rebecca. A Sympathetic History of Jonestown: The Moore Family Involvement in the Peoples Temple, was published by Edwin Mellen Press in 1985. For a long time during the writing of it, the working title was Jonestown U.S.A., and I did give one chapter that title. It embodied a belief – which I still hold – that the events in Jonestown and Peoples Temple reflect the processes of the larger society in which we live, and that Jonestown operated as a microcosm for life in the United States. Any single one of us can be caught up in processes larger than ourselves. The best, or worst, example is our acceptance of torture as an instrument of U.S. policy. How is that different from participating in someone’s humiliation or punishment in the Temple? I don’t see any difference at all, except that Temple members now feel guilty, while Americans continue to justify and rationalize the evil perpetrated in their name.

I continue to believe that the more we know and uncover about Peoples Temple and Jonestown, the better we will understand ourselves and the world in which we live. In a 1989 essay entitled “Jonestown The Mirror,” my father John V Moore wrote: “Peoples Temple and Jonestown are a mirror for those who are open to discerning something of themselves in the exaggerated reflections.” If we fail to see ourselves in the lives and deaths of Temple members, we know nothing, and have learned nothing about tragedy and the human condition. Understanding Jonestown and Peoples Temple offers yet another glimpse, and, I hope, the possibility of self-understanding and transformation.