Peoples Temple owned two boats, and the people of Jonestown used both for ferrying residents and visitors back and forth between Georgetown and Port Kaituma, and for transporting supplies into Jonestown.

The larger boat, the Albatross III, was also used for more extended trips into the Caribbean to pick up larger pieces of equipment and machine parts. On November 18, it was on such a trip, with four Temple members – Charlie Touchette, Helen Swinney, Richard Janaro and Philip Blakey – as well as a crew of eight Guyanese.

The smaller boat, the Cudjoe, was named after a runaway slave in Jamaica who led a revolt against the Spanish during the 18th century. The boat was at Port Kaituma on November 18 when Herbert Newell and Clifford Gieg were dispatched to pick up supplies along the river. According to Herbert, “[When] Clifford and I rode to Port Kaituma in the dump truck… [t]he driver, Ed Crenshaw, told us that by the time we returned the next day, he and the others would be dead.” They learned about the deaths when the Guyanese army came to arrest them on the boat early on November 19. 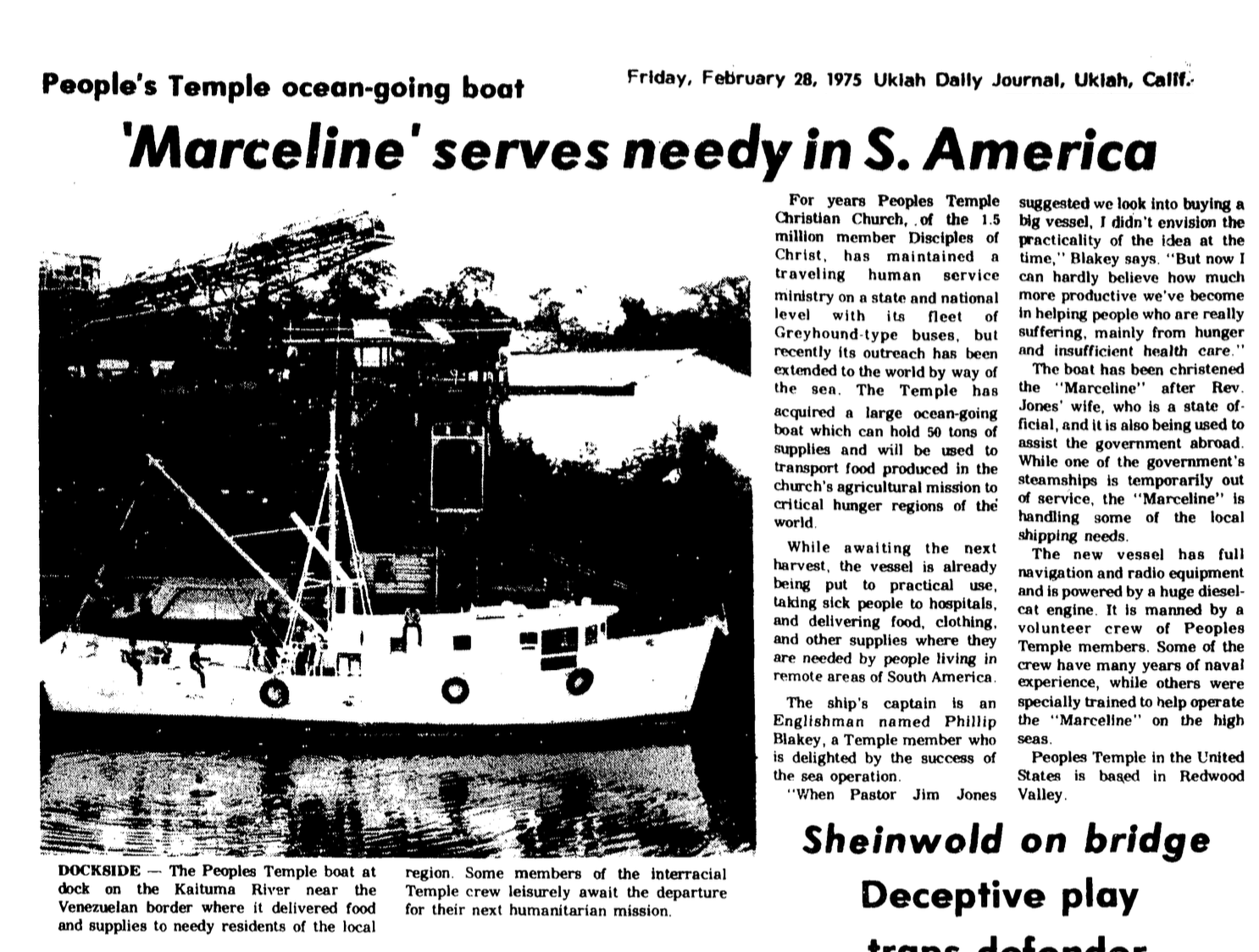 The Cudjoe was also known as the Marceline. Even though the Temple was sympathetic to the exploits of the insurrectionist Cudjoe, Charlie Touchette told the FBI within a month after the deaths that they had tried to change the name because it sounded too close to “Cinque,” the name of a leader of the radical Symbionese Liberation Army. In light of the negative press about the Temple’s politics in 1977, Touchette said, the group wanted the name to be something less inflammatory, especially since the subject of the boat came up often in Temple shortwave broadcasts. The Coast Guard told Touchette that the formal process of a name change was so complicated as to not be worth it, but they could always refer to the boat by a different, albeit unofficial, name, if they so chose. Hence, the names Cudjoe and Marceline are inter-changeable.

The final disposition of both boats is unknown.