As the various officials of American embassies in Caribbean and South American countries retired from their duties in the foreign service, many of them recalled their experiences with Peoples Temple and Jonestown during their oral history interviews with the Association for Diplomatic Studies and Training. In all of these cases, the Guyana experiences constituted a small – if also significant – part of their recollections, so the reader is advised to do a search for “Jonestown,” “Peoples Temple/People’s Temple,” or “Guyana” within each document. 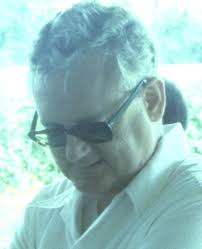 Richard Dwyer was the Deputy Chief of Mission who accompanied Leo Ryan to Jonestown and who himself was wounded during the shooting at the Port Kaituma airstrip. Dwyer’s specific experiences with Peoples Temple also appear on a separate page of the Association for Diplomatic Studies and Training website.

John Burke was the American ambassador to Guyana in 1978.

Richard McCoy was the Deputy Chief of Mission at the American Embassy in Guyana for most of Peoples Temple’s history there until mid-1978.

John Adams was with the American Embassy in Port-of-Spain, Trinidad, on November 18, 1978, and was dispatched to Georgetown to assist with the efforts to recover the remains of the Jonestown dead.

Wade Matthews was Deputy Chief of Mission at the American Embassy from 1974 to 1976, the formative years of the Peoples Temple Agricultural Mission at Jonestown.

Hodding Carter was the State Department spokesman during the Guyana tragedy, and gave daily press briefings during the first two weeks. The comments in this interview are short, and pertain more to his observations about the press than to the tragedy.

The Association for Diplomatic Studies and Training also created a three-part podcast on the State Department’s perspective on the Jonestown tragedy in 2016.