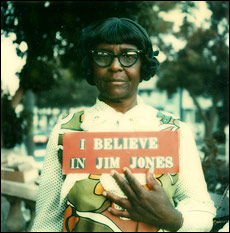 Our times are chaotic. Their times were too. We grasp for something to believe in. They did too.

Radiating beauty, she held a sign. The text was simple. The message was complex. In the midst of the chaos, she found someone to believe in.

“I Believe in Jim Jones”

She stood there to share her faith. Through that image, she still does.

Humans are notoriously fallible. There is a reason that we are not called “Gods.” Of course, some are more evil than others. Despite our weaknesses, righteousness has to bubble up at least every once in a while. The inevitable interplay of righteousness and evil in our souls is actually what makes us human.

Of course, Jim Jones was human… nothing more and nothing less. While it does seem that evil got the best of him on a regular basis, that doesn’t preclude rare flashes of righteousness. I never knew the guy. Honestly, I don’t think I would have wanted to. Regardless, there is no denying that he is one of the most consequential preachers of the twentieth century. The sermons that he preached are important. I collected them not for people to find God… although God does tend to find us in strange places…but rather for people to engage the chaos that is our humanity and the collective desperation that is belief.

There will be further volumes as more transcripts become available.

May the humans/sermons in our past show us a better path into the future. 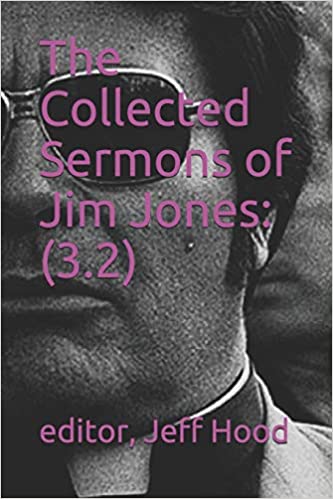 (Rev. Dr. Jeff Hood is a Baptist pastor, theologian and activist living and working in North Carolina. Dr. Hood’s extensive work has appeared in numerous media outlets. He is also a regular contributor to this site. His complete works may be found here.)