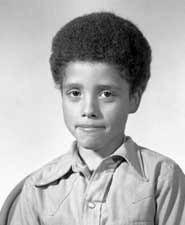 My son Danny was killed in Jonestown, along with more than 900 children and adults, a despicable, irrational act for which there was no need. He and all the children had many years and experiences robbed from them. But remembering Danny brings a big smile to my face and a lightness in my heart.

Danny always had a bright smile wrapped in a bright orange natural. He was one of those kids who got into more mischief than some, but invariably with a good and loving heart. He went to Jonestown in mid-1977, where he seemed to bloom. He was certainly more focused there than he had been in the States.

Danny came to my wife Bonnie and me as a foster child in 1971. Within two months, foster care became an adoptive placement, which was finalized in 1973.

We took in Danny through arrangements made by Elmer and Deanna Mertle – later known as Al and Jeannie Mills following their defection from the Temple – and Alameda County. Just four years old when he arrived, Danny was one of twins, born to his mom in prison. They went into foster care until she completed her term. After her release, the twins were with her for a while, but it did not work out. She physically mistreated them, resulting in Danny’s hearing loss. The twins were then removed from her.

I remember when I first held Danny in my arms. He clung to me so tightly, he was doing all the holding. I knew then that he had absolutely found a home.

The Mertles saw foster care as another way to raise money. Alameda County, where they had lived, was looking for foster parents, and the Temple seemingly offered many opportunities. The Mertles took in a foster child who did not work out. In fact, aside from us taking in Danny, no one else came to the Temple from there.

Danny was a mixed race child: light complected with an orange natural afro-curl. He often appeared in church photos with other children to emphasize our diverse racial heritage. In the last films from the night of November 17, 1978, there is no mistaking him, dancing around with bright curls and smile.

Danny had been with us for two months when we were offered to change his status from “foster” to “adoptive placement.” Adoptive placement brought in no money as foster placement had – in fact there were many fees we had to pay as it proceeded. The adoptive process took almost two years, as Children’s Home Society (which handled the adoption) found his biological father and had to get permission from both parents for us to adopt him. It took longer, but we were told the result would be more secure – which was fine with us!

Bonnie and I had married in January 1970. Three months later, we had a home in Ukiah, a mortgage, and three children living with us under guardianships from their parents (There were originally four, but one was reunited with his parents). Folks wanted to get kids out of the cities; a rural setting seemed better than urban. And Bonnie was awesome with kids. Danny came along a year later, in 1971.

Our kids included Jackie, a high school girl from Houston; John, a sixth grader from San Francisco; and Mark, a fifth grader, from Willits. John’s mom’s middle name was Jewell – and she was absolutely a gem! She saw him every time we were in San Francisco or they came to Redwood Valley services. I learned more about life, about raising kids and about working with others from her than from anyone. She had a quiet and knowing wisdom which could solvesituations and teach you how to as well. She worked positively with people, and you wouldn’t even know it!

In May 1979, after all the deaths, California Social Services came to see me, thinking that Danny had still been a foster child when he died in Guyana. I explained what we had gone through for the adoptive placement, and that his adoption had been finalized six years earlier, in 1973. I never have figured how Social Services didn’t know their own facts.

Danny came to us with hearing loss in both ears, so the first thing we did was have his hearing tested. We learned he had irreparable bone damage: 70% loss in one ear and 25% in other. He was shy and spoke little, because his hearing loss had also caused speech problems. He would need hearing aids to help – but not fix – the damage.

In the meantime, every summer, the Temple kids went on a two-week trip with Jim in “the old green bus” (This was before we got any Greyhound types). Danny went on one of the trips, and spent the first week on a ranch in Oregon belonging to member Emily Leonard of Church of the Golden Rule near Willits. The second week they spent on the beach in Baja California. When they all came back, Danny was ecstatic and smiling: he spoke more readily, seemed normal in interaction, and could say his own name quite clearly. He seemed to hear more and smile much more than before.

When I first saw him, I was perplexed as to his changed behaviors. I remember Jim looking at him and then at me, then saying simply, “He’ll be okay.” It blew my mind. We had his hearing checked again. The 70% had improved to 25% loss, and the other ear was normal. Miracle or not, I will never know!

From then on, Danny spoke continuously, eager to share and join in most any activity. His ideas of activities sometimes got himself and others in trouble, as kids do – especially as he was making up for lost time. But on one occasion, he did get in serious trouble.

Our neighbor in Ukiah didn’t like us because of the Temple’s views and inter-racial stands. Danny was playing with his son and was told in no uncertain terms to leave and never come back. Danny was upset when he left, and went back later to set the corner of the man’s garage on fire. Luckily it was put out after burning a very small bit of the exterior wood.

I talked it out with the father. If I fixed it, he said, all would be okay. And so I did. I never heard anything more about it. Not from him, at least…

A few years later – after everything came down in November 1978 – the man’s wife requested her son be registered in my kindergarten/first grade class, a bilingual class that included English and Spanish (migrant family) speakers. She took me aside and apologized for her husband. Turned out she had divorced him and wanted her son in the bilingual class. She even volunteered time in the class and was awesome.

In classes in Ukiah, Danny was a challenge to get focused. He was quick on the uptake and always filled with questions that took him off in other directions than the teacher wanted. Despite his lack of “classroom focus,” though, over time he kept an enthusiasm and eagerness to work and learn.

His creativity often made me smile. One time in church, he turned in $200 that he had found, receiving praise for a good deed. As it turned out, he had taken it so he could turn it in to get praise!

One memorable day in March 1976, it snowed in Ukiah and Redwood Valley. Snow was a revelation for some people, including Danny. He had never seen snow and loved it!! No school!! No meetings!! Angels in the snow… Snowmen… Snow women… Snowballs! Several days of fun for everyone!

Our kids Jackie, John, Mark, and Danny all got along well with each other. Bonnie had the children set up a system of “home government” to plan the week for chores, meals and shopping. The kids liked being part of deciding who did what when – shopping lists, chores, and especially planning and cooking meals! Spaghetti and taco salad were the most popular. Danny liked mixing, making and frosting cakes. He made the cakes when birthdays rolled around. And everyone loved his cakes!

When Danny and the other children in Redwood Valley went to San Francisco to the children communes there, Bonnie and I stayed in Redwood Valley. We moved into the Temple’s Ranch, a residence for 14 developmentally-disabled adults. Bonnie was assigned to run the Ranch, so that Claire Janaro – who had managed it for several years – could go to Guyana to join her husband Richard and their two children. Richard was involved with the new ship we were buying, which we planned to use to earn money transporting cargo between Trinidad and Georgetown.

In mid-1977, many Temple members went to Guyana, including the children. In Jonestown, Danny was assigned to Cottage 21, consisting mostly of boys, with his “adventure buddy,” Ronnie Beikman. Connie Fromm was Cottage leader, in charge of the group of 12 people. 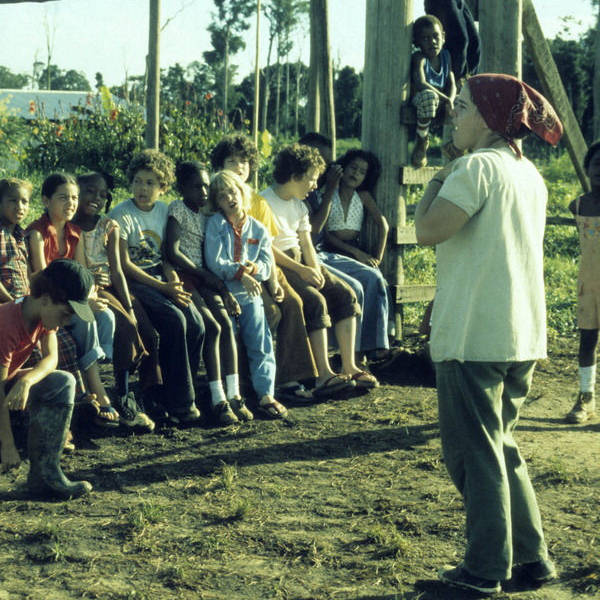 We received some letters from Danny in Guyana, but not many. People told us he spoke about us often, asking when we were coming to Jonestown. Danny was in school and working in the piggery, which he said he liked very much. His work seemed to keep him out of trouble, as evidenced by the fact that Temple diarist Edith Roller wrote nothing about him down there. That was a contrast to San Francisco, where her journals report a number of times of Danny being in trouble.

Looking Back on It

As I reflect back on the 42 years since Jonestown – since Danny’s death – I realize that parents spent too much time away from kids. We organized some really great things – swimming, tutoring, and lots of trips to Disneyland, to beaches, and across the country – but not enough basic time with our kids. The child care providers had a big responsibility that was in many ways the most enjoyable, and our time to do more with them always seemed curtailed.

Our kids were great, and most were extremely well-behaved. Discipline dealings towards the end were way out of line for both adults and children. We had set up ways of working with our children and then didn’t use them as had been planned.

When I first joined Peoples Temple, we had young adults in college and talked much about what and where they could learn and become. But as we were building Jonestown, there was less and less talk or even possibility of study. Everything was about closing down in the States, and we were told how we would be destroyed. Towards the end, the focus was truly fearful. Hopes were put aside, replaced by harangues of fear.

Most of all, we failed our children in not preventing what happened. And yet on that last night with Ryan, the children and young folk showed smiles and positivity: they still showed belief in what was real and possible.

We had hope, faith, and conviction for “a better future” and in “people’s goodness,” but somehow we were maneuvered into putting them aside. We adults never should have let ourselves be so maneuvered. It is there that we failed our children and ourselves.

Danny and all the Temple children embodied that goodness to the end.