Today I watched Truth and Lies, a documentary about Jim Jones and Peoples Temple. I am currently quarantined at home due to Covid 19. I have been watching far too much television when I came across this documentary.

I thought I had put this tragedy to rest. To further help further my sense of closure, I visited the Jonestown memorial at Evergreen Cemetery in Oakland a few years ago. But I was wrong. The film of the history of Peoples Temple brought back many memories of my dear friends Phyllis and Gene Chaikin and their funny, adorable children and the wonderful times we had shared in Redding, California in the early 70s.

Phyllis and Gene had been my mentors in Transcendental Meditation. After they left Redding and became members of the Temple in Ukiah, I went to visit them, but was told I could not enter the gates without an appointment. When I asked if I could please just see Phyllis, the guard at the gate used a walkie talkie to speak with Jim Jones. Jim gave Phyllis permission to come to the gate and speak with me.

After a few minutes, I saw her coming down the driveway, alone. We spoke through the gate. She seemed very nervous and tentative. She told me that the only way I could visit would be for her to get permission from Jones, and that I would have to make a formal request. I was not able to hug her or ask any more questions before the guard told her she had to go back. 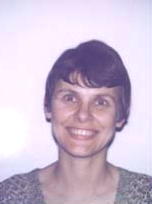 It all came back when I watched this film. When Gene’s picture was shown at the end, I started sobbing and couldn’t stop, not just for Gene and his family but for all the other beautiful people who died there in that jungle.

Throughout history there have been monsters like Jim Jones, who have been able to hoodwink followers into thinking that they are going to live the best life possible if they follow him. It was evident that Jones was a tormented man, with a God complex. If only people had been able to see that before they dedicated their lives to him and his philosophy. Alas, they were not, and they paid dearly for it. In the end, I could hear the children crying, and the mothers crying, and the fathers crying, No, no, no. So many of them realized they did not want to die – that they did not want their precious children and babies to die – but it was too late. Jim Jones took them all down with him, because he did not want to die alone, and he did not want to be around when the world found out what a sick, depraved monster he truly was.

(Sandra Crane’s previous article for the jonestown report is In Memory of Gene and Phyllis Chaikin. She lives in Payson, Arizona.)