My mother, Patty Cartmell, has become a figure of interest to many of those interested in the history of Peoples Temple and in the individual stories of its members. Given her colorful character, her length of service, high standing and unquestionable – and unquestioning – devotion to Jim Jones, such interest is well justified.

That the task of memorializing her has fallen to me, her eldest child, would make her cringe and laugh at the same time. I can just hear her enjoining me to touch lightly on my childhood. “I know you think you had it tough as a kid, Mikey, but nobody wants to hear it,” she’d say. In truth the whole family had a rough time of it. By the time I was eighteen, we’d lived in 21 separate residences, primarily in the depressed inner-city of Columbus, Ohio. Although we lived in the kind of itinerant, violent poverty one might ascribe to the Joad family in The Grapes of Wrath, we weren’t particularly poor. Before we moved to California in 1965, Mom couldn’t be bothered with a “job,” although she pushed my stepdad Walter Cartmell out the door, day and night, making certain he worked three or four jobs at a time to keep her in chocolates and Coca-Cola. My little sister, Patricia, and I were her house slaves. And yet, considering the time and place, and apart from the occasional, sadistic punishment, it wasn’t all that difficult.

Mom had an incredible sense of humor. She was a born ham, a talented singer and an avid film fan. She would often pull me out of school, so I could attend movie matinees with her. She was something of a culture junkie. I always had season’s tickets to the symphony and the ballet, and I took music lessons, generally experiencing a fairly high level of cultural life, particularly for our grungy neighborhoods. At the same time, Mom had an abiding and sincere interest in civil rights, nuclear disarmament, and assistance for the disabled.

An Evangelical Christian, she was also a committed social activist. For her, Christ’s life and social gospel were just as important as his death and resurrection. Mom found it nearly impossible to understand why God would provide a Heaven for church goers whose only efforts to enact Christ’s social gospel were “thoughts and prayers” (if those), and a Hell for her hard-working, non-religious, fellow activists. And this inner, “spiritual” conflict, as well as rage against our poverty (in part her own doing), is what brought her to Jim Jones in 1959 when she was 29 and I was eleven. Here at last was a preacher, an Evangelical pastor, a faith healer, a psychic, and – as Chairman of the Indianapolis Human Right Commission – something of a celebrity social activist. “He has it all, Mikey,” she liked to say. When Jim returned from Brazil in December, 1963, Mom became his Ohio Secretary. This was when I first noticed her personal ambition. She quite happily elbowed out of contention a number of her friends who’d vied for this spot. In this position, she organized Jim’s circuit riding ministry, handled related church matters and public relations, and made sure he and his family stayed with us whenever they came to Ohio.

In those early days, Jim was a profoundly positive and calming influence on my family and on my mom in particular. Peoples Temple wasn’t yet an insular community, and we continued to attend other churches. We’d moved to a nicer neighborhood, where the better angels of Mom’s temperament came out of hiding. Indeed, for the next few years, well into our move to California, family life seemed relatively normal even though focused on Temple activities. And as the Temple moved front and center into California’s progressive political life, Mom became an increasingly important Temple staff member. Over time, she became secretive about her Temple work. 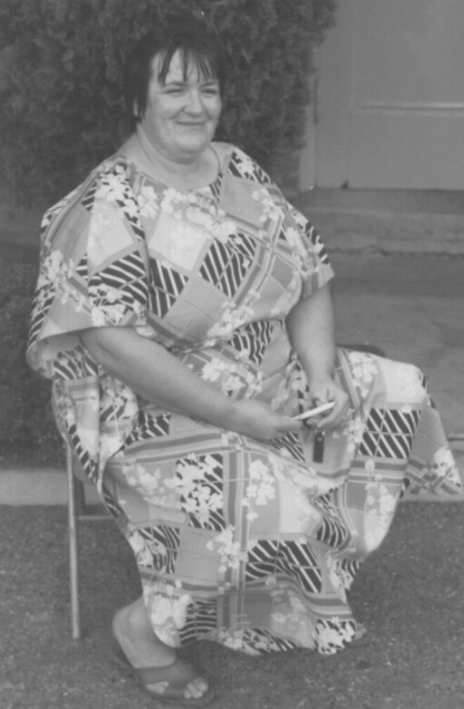 As I recall, the turn to violent discipline became a normal part of Temple meetings in the early 1970s, and Mom’s Temple “work” became more bizarre. At one point, she was arrested for rummaging through the garbage of a Black family who’d attend one or two Temple meetings. Obviously, she was attempting to find information for Jim’s “paranormal” revelations about the unsuspecting family. Only last year at a Temple memorial dinner did I learn that she’d become responsible for arranging Jim’s sexual trysts in the last few years before the mass exodus to Guyana in 1977. I was shocked to learn of her involvement in Jim’s sick deviances, but I wasn’t surprised and I have no doubt of the allegation’s truth.

I left the church sometime before the mass migrations to Guyana and I never saw any of my family again. I attempted to make personal contact with my mom, Patricia, and my stepdad when they were in Guyana in an effort to encourage them to leave, but to no avail. They all died in the November massacre. I saw my mom and sister one last time in a Newsweek centerfold of the Jonestown dead. They died together, my sister comforting my mom in their death poses. They were all so young; my stepdad was 50, my mom, 49, my sister, 24, and my adopted brother, 7.

So, what possibly could account for Mom’s transformation from a somewhat ordinary devout Christian to a bizarre, suicidal cultist at the end? I suspect that over time and without really thinking about the consequences – and of course with Jim’s guidance – she made what she considered insignificant adjustments in her own moral sense and conduct, all in the service of the greater good, which Jim claimed for himself. She blinded herself to the ultimate monstrous and terrifying consequences her actions helped bring about. In so doing, she destroyed her humanity and the lives of our family.

I dream about my family frequently even after all these years. In their last ephemeral appearance, my sister and my mom were sitting by a stream. I was thrilled to see them, and we waved back and forth. But as I hurried toward them, they simply vanished.

(Mike Cartmell is a frequent contributor to the jonestown report. His previous writings appear here. He may be reached at Beemermcart@aol.com.)