(Garry Lambrev is a regular contributor to the jonestown report. His previous writings may be found here. He can be reached at garrett1926@comcast.net.) 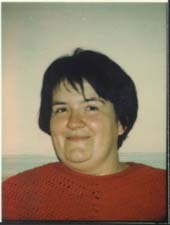 Patty Cartmell provided the surprised but hospitable door through which I met Jim Jones and entered into the mysteries of Peoples Temple. This is how it all began for me on a clear blue Wednesday morning in the middle of March, 1966.

I was 23 years old, a recent dropout from a doctoral program in history at Stanford as well as from what we used to call the Peace Movement before the Anti-War Movement replaced it. The director of the Mendocino County Welfare Department, a benign old lefty named Roland Kussow, had hired me two months earlier as an elementary level welfare worker. I’d made a promise to myself before setting off for the small town of Ukiah, California to respond to any (unlikely) sign of left wing activity.

As I was leaving the Welfare office in order to verify a couple of client birth certificates at the nearby courthouse, I first heard, then saw a battered jalopy managing to hit every pothole in the street. On the back bumper was a sticker advertising Phil Drath, the Quaker peacenik running in the upcoming California primaries for the Democratic Party’s nomination in the First Congressional District. I vowed to stop the driver if I ever saw the vehicle again. The opportunity arose no more than fifteen minutes later when I emerged from the courthouse and began crossing the street on a green light. Stopped by a red light was the same car. After a moment’s hesitation I rushed to the driver’s side.

Staring up at me through the open window through a mess of unmanageable hair was a red-faced, wide-eyed, very large and extremely surprised white woman of early middle age. Beside her sat a stiff-backed old man with no visible lips and not much flesh on the bones. I blurted out that I was looking for signs of an anti-Vietnam War movement and had been encouraged when I saw her bumper sticker. Neither of them said a word.

The light predictably turned and the car lurched forward. Mid-way across State Street, the main north-south artery, a hefty left arm lifted, then threw out a medley of bumper stickers, pamphlets, and I don’t recall what else. Embarrassed by the public attention this act seemed to be generating, I rushed to collect the scattered materials, stuffed them into my briefcase and headed back to my place of work without further ado.

A fellow worker aroused me from a productive stupor of paperwork half an hour later to tell me that there was somebody urgently wanting to see me. He pointed, not towards the lobby where I would normally have met a client, but to the glass door facing the parking lot and beyond it the Department of Motor Vehicles. Through the glass I saw this larger-than-life woman in a multi-colored muumuu facing me, arms akimbo, with a wide smile, the same person I’d last encountered with a look of shock on her face behind the wheel of a beat-up car. I slowly opened the door and walked out into the blaze of sunshine that emanated from her. She couldn’t stop laughing. None of this made any sense to me.

I was about to shake hands when she embraced me in a bear hug. Releasing her hold, she drew back and introduced herself as Patty Cartmell. She apologized for the confusion she’d caused me. I apologized for the consternation I’d caused her. Now she was celebrating victory. Pointing to the Department of Motor Vehicles behind her, she informed me she had just passed a driving test for the first time in her life. Back in Columbus, Ohio from which she’d recently moved, she’d failed every time she tried. Then it hadn’t mattered so much because her husband, Walter, an experienced baker, could easily find secure employment. Here, however. he could find no jobs at all. Her pastor, a man named Jim Jones, gifted with certain paranormal abilities, had assured her she would pass this exam, regardless of her previous experience and despite an unexpected interruption – obviously indicating me – but she hadn’t quite trusted in the possibility of success until it had actually happened. Now she had a temporary license in her hands. How had she known where to find me? She laughed and confessed that she’d seen me reenter the Welfare Department as she pulled her car into the parking lot of the Department of Motor Vehicles next door.

Both of us were recent arrivals in Ukiah. I learned she was part of an interracial congregation that had faced persecution in the Bible belt because of its active pursuit of social justice and opposition to war. Hoping to find a place where a new beginning might be launched, she and her family had joined an informal caravan beginning in Indianapolis the previous July. My curiosity was whetted. I wanted to know more about her group. She invited me to her home to meet her family Friday evening after dinner. Responding to her warmth and knowing absolutely nobody in town, I gladly accepted.

A series of happy surprises greeted me behind the front door of the wood frame rented house on a side street off the main drag. Patty beamed welcome with a wide smile and a warm hug. Then she turned to introduce two men, one white the other black, both fellow members of Peoples Temple. In retrospect, it seems obvious that they were sent to look me over. Patty, however, explained their presence as an example of how Peoples Temple operated as an extended, interracial family socializing on a Friday night after work.

Joe Phillips, who introduced himself, was a broad-shouldered, good-humored white man about the same age as Patty. Back in Ohio he had supported his family as a trucking executive. Now he worked as an orderly at Mendocino State Hospital and helped his wife manage a care home. Throughout the evening he and Patty sparred with each other in a war of wits. Next to Joe towered Archie Ijames, a tall, thin black man in his late fifties. Patty explained that he had sacrificed his practice as an Adventist minister in order to follow the social gospel of Pastor Jones. I wanted to understand him but he spoke so quickly and at such a high pitch that he might as well have been speaking a foreign language.

Walter, Patty’s husband, couldn’t have been more different than his wife. He smiled with his eyes but remained silent throughout the evening. Sitting next to him was Laddy, the family’s large Shepherd mutt, whose bark could be formidable but usually embraced strangers. Mike, Patty’s son by a previous marriage, whose life had been mightily disrupted by the move out west, was still a foreigner in his last semester of high school at Ukiah High. He told me he was preparing to attend college in nearby Santa Rosa the coming fall. Patricia, just entering puberty, Patty’s child by Walter, was sweet-faced and obviously used to accommodating the needs of others. I came to have a special affection for this family and they for me. Except for Mike, none of them survived Peoples Temple.

Each of the adults present sang the praises of Jim Jones and his works, the specifics of which I largely forget. However, one observation by Patty, continues to reverberate: “If Jim were with us and he knew that a real UFO had just landed behind this house, he wouldn’t even bother to mention it because he has more important things to do trying to save the world from self-destruction.”

If my first encounter with Patty had been stage-managed by a cosmic director with a wacky sense of humor and a propensity for absurd coincidences, consonant with Patti’s own predilection for farce, the gathering at her home seems to have been stage-managed by Patti herself, perhaps with a word of advice from the master I was to meet before the evening’s end. At the time I knew nothing of her background, though I soon learned that she had grown up on the road, the child of itinerant vaudeville actors. As an adult with an adventurous spirit, she had passed through a number of religious groups in her search for meaning in a life that had already been full of loss.

What’s remarkable is not that Patty found even more than what she was looking for in the path that Jim Jones laid out, but that she, a larger-than-life personality with a flair for the dramatic, could submit herself without complaint to the discipline required. As a woman, however close to the source of power, she remained excluded for many years from an overt leadership role. I heard Jones on more than one declare that nobody understood his mind like Patty. No doubt he used her to gather prized intelligence by whatever means necessary and trusted her judgment. Nevertheless Jones never named her to grace the Board of Elders. Nor was she designated as part of the ad hoc committee to explore the possibility of emigration to the Soviet Union in the fall of 1967. Jones explained to those of us, including her son and me who had been selected, that appointment of a woman like Patty would cause so much resentment among the women not chosen that she would be made miserable and her usefulness to the group undermined. In retrospect, the performative sexism of Jones seems as clear as Patty’s apparent submission. By the time that women’s liberation had opened up leadership to women, Patty was merely one of a number of female candidates–most of whom were younger by half a generation. Nonetheless, her skill set and closeness to Jones ensured her a key position regardless of the competition.

There are many stories told about Patty. Many may be fictive or at least the product of rumor. The most common was that she was Jim Jones’ eyes and ears. Allied to it were accounts of how she and a few others engineered break-ins to obtain critical information, often about newcomers. As I have no direct knowledge, only a suspicion based on something she shared with me in the summer of 1968, it’s best not to comment except to note that he seems to have trusted her as he did few others. And her loyalty to him was like that of a boulder to the law of gravity. Patty followed Jim Jones to the end and possibly beyond, laden with fears but without hesitation, or so it would seem.

We lost touch long before, but I recall my last long conversation with her. It was the winter of 1976. She and I were alone in a car driving back from San Francisco to Redwood Valley. She confessed how much she hated this life, that its pleasures were few and meaningless, but that she dreaded dying even more. She informed me that she had just reached the age at which her mother had died and feared that even Jones couldn’t save her from a deep-seated pattern that was leading her towards extinction. It was a morbid note on which to end our relationship. We saw each other a number of times again before I departed Peoples Temple for the last time, but we never engaged in more than a few words.