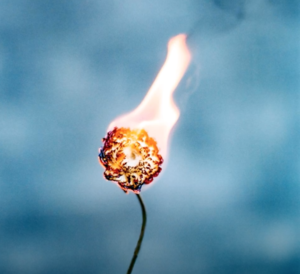 That’s usually the case, with a song. As a songwriter, you have two buckets to ladle from, and two bowls to fill: words and music. Both are important. But, unlike with a book, a poem, or a painting, your audience receives the song with their ears – and a block of time. They cannot take in the message with a glance and memory, nor are there days (or years) to finish it. In the case of “Jonestown,” the new release by Marty O’Reilly & the Old Soul Orchestra, they must sit there and listen, for 5 to 6 minutes. And, experience has shown, what most often stays lodged in the memory after that first listen is the music, the sound.

This song is no exception.

As if the songwriter knew what I would be saying, the opening line is “Keep your ears close.” I did. I was there, on this planet, in this consciousness, when the deaths at Jonestown happened, toppled by the loss of one of my dearest friends – and my innocence. Like so many others, my subconscious became inhabited by a new being that day: grief. My grief was pregnant, and its labor lasted 17 years. When it finally gave birth, the new child was a song: “Down to Jonestown,” the outpouring of my bewilderment, my weakness, and my love. Few experiences in my life have been so profound. So when I was asked to review this new song, believe me, I listened.

I was not disappointed. From the start, the sound states the feel of the song, and for me, the experience within my own mind. Silence grows into an unsettling background of echo, night sounds, a droning bass, and modal instrumentation, confirming (thankfully): this is not a commercial exploitation of a pop viewpoint about Jonestown. There is no tongue-in-cheek reference to the stupidity of those who died, no simplistic explanations of how we can avoid it happening again, no kool-aid jokes, no distancing. When Marty O’Reilly begins to sing, the deal is closed. The bewilderment and urgency in his voice are as compelling as the lyrics, especially when I realize the source is a young person who has no firsthand memory of the events. In fact, the song in no way confers omniscient knowledge upon the singer. Instead, it paints a still life that aptly reveals his own experience, his own vision. “As you draw closer, like images in the fog/These voices and sounds begin to take shape.” It is lyrics like this that makes the song feel authentic. Perhaps one of the most profound aspects of the lyric, to me, is that the verses (and the song itself ) each end with a chorus that is a question – the nagging question: “In Jonestown/How far am I from.” There are no pat answers.

The music never abandons the sense of solemnity that framed it from the opening. There is no melodramatic crescendo, no snappy chorus. Mirroring how it began, it simply winds back down to silence. And it is the infinite silence left behind by Jonestown that I remember most vividly.

I don’t think you could have picked a tougher critic than me, a Jonestown survivor who is a songwriter, to review this song. I enter the arena filled with skepticism. But I left feeling comforted that as I leave this world, there will be those in later generations who understand what I think is important to remember about the tragedy of Jonestown and Peoples Temple.

(The song “Jonestown” appears on Youtube, with a live version elsewhere on Youtube and its lyrics at genius.com.

(Ken Risling is a writer and musician. He lives in Northern California. His previous articles are here. He may be reached at rise@sonic.net.)