November 18, 2022, marks the forty-fourth anniversary of the tragic murder and suicide of 918 people in the South American nation of Guyana, most of them members of Peoples Temple. 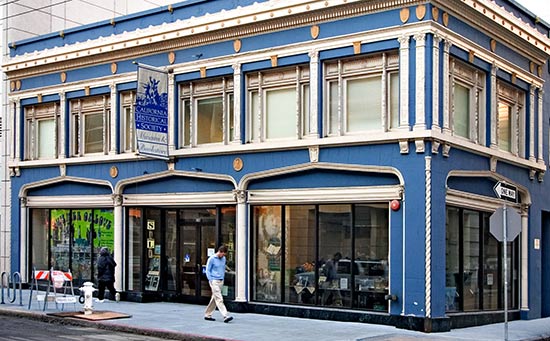 The California Historical Society (CHS) is the designated official repository for records related to Peoples Temple. After the deaths, the California Superior Court appointed Robert H. Fabian, a retired judge, with settling more than 750 claims against the Temple’s estate. Fabian spent five years gathering and creating thousands of pages of documentation of Peoples Temple’s members, actions, and assets and, in 1983, he delivered all his findings – more than 100 cartons of material – to CHS. In the years since, CHS has received additional contributions to the Peoples Temple Collection, including personal materials donated by former members and their families. These have all been cataloged and preserved, and are available to visitors by appointment in the North Baker Research Library at CHS.

There is no single story of Peoples Temple. The many photographs, legal records, correspondence, ephemera, publications, news clippings, artifacts, audio recordings and films that make up the Peoples Temple Collection at CHS reveal multiple narratives of the Temple and its members. Within the boxes in the CHS vaults exist unique items such as incorporation papers that document the church’s beginnings in Indiana under the name Wings of Deliverance; income and expense accounts, and other administrative paperwork that reveal the inner workings of the church as an organization; files on individuals that show the Temple’s close monitoring of all aspects of members’ lives; and personal items of Jonestown residents, such as letters that Nancy and Ron Sines wrote from Guyana to their parents in the United States.

In 2008, CHS received a collection of papers from the Guyana Emergency Relief Committee, an organization formed to coordinate an interfaith response to the deaths at Jonestown. The pages include handwritten notes and letters to the families of those who died in Guyana, evidence of the Committee’s work to identify the remains of Jonestown victims and transport them to California for burial. And in 2010, CHS received photographs and films produced by the Peoples Temple Publications Department whose job it was to promote Peoples Temple as an activist church, and Jonestown as a utopian agricultural mission. These records are a way not only of remembering those who died, but ensuring that current and future generations may study, reflect, and learn from the past.

The California Historical Society would like to express our deepest sympathy to the family and friends of all who died in Guyana on November 18, 1978.

The Peoples Temple Collections at CHS

More than five thousand photographs from this collection have been digitized and can be viewed at our digital library here.

Rare footage of the Jonestown Agricultural Mission, as well as audio recordings, can be accessed here.

It is through donations of letters, photographs, and other materials to the Peoples Temple Collection that its history continues to be preserved and available for research.

CHS welcomes additional donations to the Collection. For more information or to make an appointment in the research library, contact Frances Kaplan at fkaplan@calhist.org.