Nearly thirty years ago, I returned from my life in Peoples Temple, in Guyana, in Jonestown. I was dark and empty inside, guilty that I lived when so many other wonderful people had died, and guilty when I had a moment I didn’t remember. I came back to the home I’d left two years earlier: the San Francisco Peoples Temple building. My friends from the Temple picked me up at the airport and brought me home. I was living minute by minute. 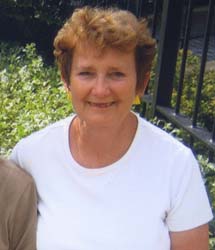 Killing myself was never an option, but being killed was something I hoped for and even tried to set up. I’d take buses late at night through dangerous areas, walk to all parts of the city, and refused to avoid dangers if I came upon them.

I remember quite well one of the first encounters I had with a grieving relative. The mother of a young boy who had died in Jonestown saw me at some setting. She yelled and screamed at me for not saving her son. She wanted to know why I was alive and her son wasn’t. I didn’t blame her. I didn’t have an answer either. I had been so immersed in my vision, I hadn’t seen the corruption and sickness in Jim and parts of Peoples Temple. I carried a bottomless pit of guilt. I had lost everything, and been part of the cause of every other loss.

For about three months, I just crawled by. I had never believed in a god, and, if possible, believed less so after my friends died in Jonestown. The City of San Francisco set up some support services and counselors, but I wouldn’t let myself be part of that. We in the Temple always mistrusted outsiders, and now, we had lost our faith in Jim – the ultimate insider. I was not sure what would become of me. I just kept plugging away, but had made no commitment to myself about life. I never had become addicted to drugs or alcohol, and I was reasonably sure I didn’t want to start in that direction.

My life began to fall into a routine. I would work during the week, go to school at night at a local university, and date any available male PT survivor on the weekends. I wasn’t looking for permanence – just distraction and intimacy. My only effort at actually helping any of the other survivors was to give money to some former members who weren’t working and to others still in Guyana.

But mainly I was just searching for something to do. My life in Peoples Temple had been frantic and exciting, as I participated in creating an active, politically-charged and progressive interracial community. My life felt dull and flat. I had been energized by all we accomplished and my life had been full of meaningful work. It was no longer, and I no longer had an expectation that I could make the world better.

Every news article about the Temple hit me like a two-by-four. And there were many that first year. A Temple friend, Mike Prokes, killed himself. All of the survivors were fragile, and we were unable to help each other or ourselves. After living in communes with other survivors, working, attending school, and trying to keep going, I finally admitted to myself that I wasn’t going to fit into that mold, and become a “normal” working girl. That was okay. I had never wanted that kind of life anyway.

Even though I had worked from the first week after returning from Guyana, I never confided in any of my co-workers. I didn’t want to expose my gut to anyone other that my PT family. I would often sit at my typewriter, facing the wall, crying. Yet I was never interested in sharing my experience. I couldn’t have explained it on a fifteen-minute break, and no one would be able to understand it anyway. I just did my job, and left. When I got home, at times, we would talk about things in the commune. Other times, we would work at not talking about it. But we all knew, and we all felt a desperation that bound us together.

I started going around to Synanon, a residential drug treatment program, to play The Synanon Game. That was a group therapy activity that kept the community going. I wasn’t into drugs or alcohol, but the residents understood about living in community, and could understand a bit of what losing it, especially in such a horrific way, might feel like. The residents and The Synanon Game were my salvation. My Temple friends were aghast! It was unbelievable to them that I would join another “cult.” But I made my own decision and eventually moved in. I had very little contact with any of my Temple friends after that, just infrequent letters to a few of them. I was a basket case, and Synanon took care of me.

I had a boyfriend early in Synanon, and he helped nurture me back to health during my first two years. After that, I started to form a plan for my life. I set goals, I had a healthy lifestyle, I had good friends, I had a new husband, and I started rebuilding my life. Eleven years after I returned from Guyana, my husband and I adopted our wonderful son.

Then I was on the fast track. Synanon closed down, but I was ready. I took charge of my life. I raised my son, went back and finished my Bachelors’ degree in Philosophy/Psychology. I got my teaching credential and became a California public school teacher. My life was moving along smoothly. I felt the energy I had missed early on, and I had high expectations for my life and myself. I was recharged and impatient to move those mountains that needed moving. I was powerful and fearless, because I had come from below zero, and now had an enviable life. For the nine years after Synanon ended, I never told any new friend about being in Peoples Temple. It was my secret. I just worked and parented.

I was living and teaching in the Imperial County in southern California. The twentieth anniversary of the deaths in Jonestown was coming up. Some of my friends were planning a luncheon after the ceremony at the cemetery. I was scared to death. I went to a counselor for several visits, trying to build up my courage to go. My last picture of all of the survivors was cemented from the time when they were all going through their own personal hells. I never got updated pictures in my mind, so I had them locked in to that place. I didn’t know what to expect from them. But I had this deep hole that never went away. I was haunted by my life in the Temple. I couldn’t get by simply through shutting the door.

I went to San Francisco for the ceremony and the reunion. We all hugged and kissed, survivors from every possible point of view. The gathering was made up of survivors, defectors, family members, Concerned Relatives – everyone. We didn’t acknowledge any division. We were just so happy that we had survived and that we had come back together.

In the ten years since then, we have met much more often. Sometimes we meet at theaters where plays about Jonestown are aired or at movies where we participate in “Question and Answer” times, or we talk on the phone, or email, or write. We gather every year around November 18 at the home of someone from the Temple. We find out things we never knew and reach back to find some new insights. And we develop an even thicker bond.

For the past four years, we have another July gathering in San Diego. We host only survivors. It is an intimate setting. We further solidify our bonds. Even with our many peculiarities, we love each other dearly.

Every few months, another survivor or family member makes contact. People see the movies or plays that have been aired, read the books and articles, or access this Internet site. I really cherish these contacts because we have formed a new family that gives support, and allows conversation about this taboo subject. Relatives write to ask about loved ones. Survivors surface, needing to reconnect with others who shared the same trauma. We are here for all of you.

Peoples Temple has also had another by-product. Numerous others from around the world who were curious enough to research the Temple and contact us have joined those of us who survived. The media coverage did not satisfy their interest in understanding what happened and why. We have had our lives enriched by numerous scholars, friends, researchers, activists in other areas, and others. They have added numbers to our tiny group. I think of my husband and son, Seriina and Kevin, Eusi and Tchaiko, Roger Stacy, Denice and David, Leigh Fondakowski, Greg Pierotti, Margo Hall, Stephen Wangh, Kiki Dulaney, Elena Broslovsky, Stanley Nelson, Joey Dieckman, Tanya Hollis and Mary Morganti at CHS, Laurie Leyne, Paul Van De Carr, the late Michael Bellefountaine and his mom Dora, the late Ronnie Stahl, so many others. These are people who weren’t afraid to wade into our turbulent and emotional waters. They have added so much to our lives, and have added numbers to our community.

At this stage, I feel with all my heart that Peoples Temple brought out the best in us, and it has brought out the best of those who have joined us in trying to understand what happened. I still don’t share my story with many of my friends. I choose my confidants carefully. I am very picky about my friends, and relish my memories and my quiet times in a space I save for myself. The remarkable part is that I have so many wonderful, intimate friends, almost more than I can keep up with.

Is there a Peoples Temple today? No. Do we have anything like PT? No. What we have is a group of people who want to help each other, and who want to make the world better. We can’t change the past. We can only work on now, and move into the future.

And I know my life in Peoples Temple has brought out the best in me. It started at the beginning, and it continues today. I love my life, my son, my husband, my teaching, my friends, my activism, my intolerance of injustice, my Quaker Friends. A huge part of who I am today is a result of my experience with Peoples Temple. I cherish that life every day.