This composite map is based upon maps from Peoples Temple documents, from descriptions in the Roller Journals, and from survivors’ remembrances. We welcome additional details from other former Jonestown residents.

More descriptions appear below the map, as well as the main source map. In addition, a detailed inventory of Jonestown’s facilities made a week after the deaths – the report of a walking tour of the community by an Embassy official – appears here 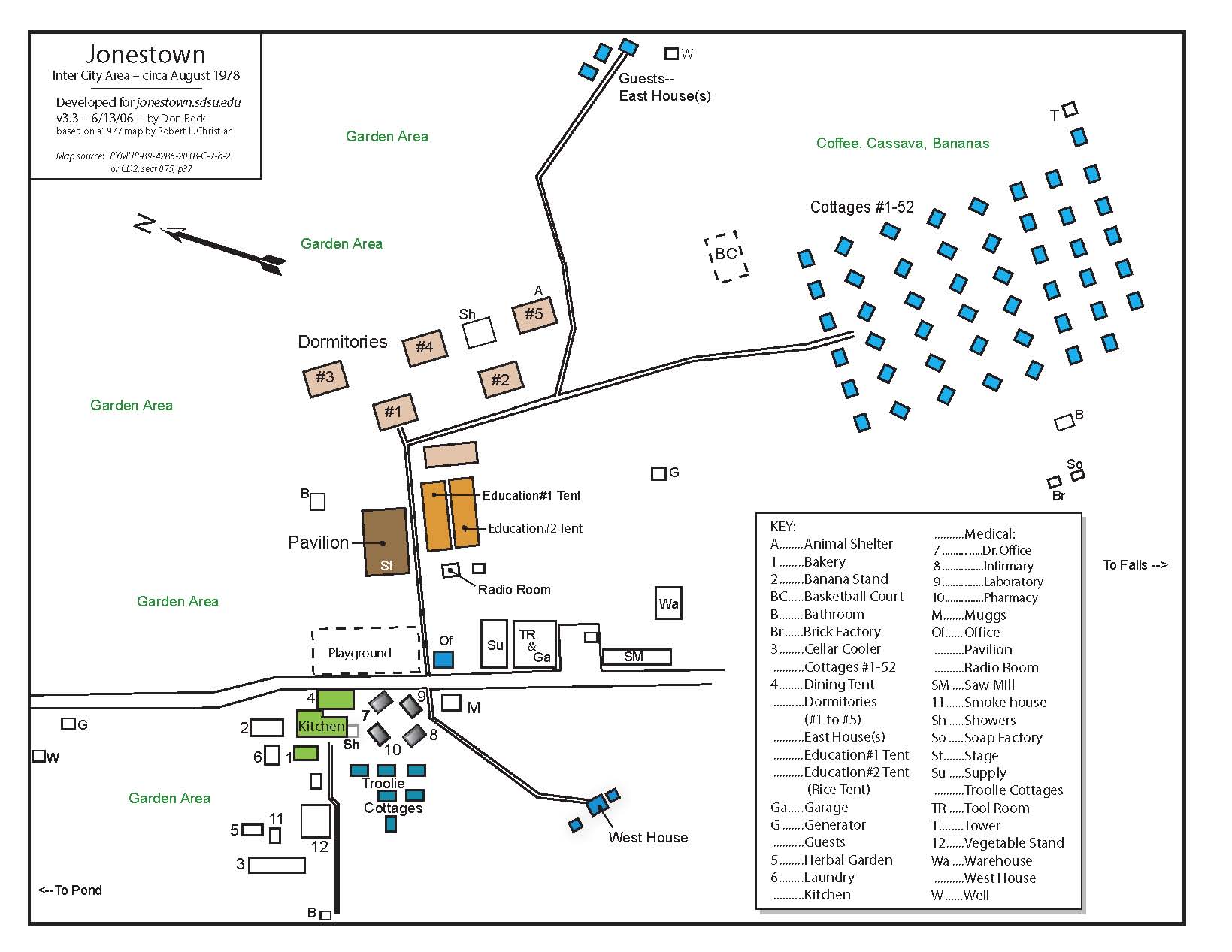 Other buildings not shown on the map on the road in from the Mathews Ridge-Port Kaituma Road include the piggery, barns with cattle and horses, and the chickenry, where chickens were raised for food and to lay eggs. Go here for weekly agricultural reports to get an idea of production levels that had been achieved.

Surrounding all the buildings, the cleared land was mostly planted in fields and orchards, with citrus trees, coffee, mangos, bananas, sweet potatoes, eddoes, rice, papaya, and vegetable gardens (greens, beans, okra, cabbage, and more). Several kinds of cassava were also extensively grown, for example, along the road into Jonestown.

Original Map shown below. If a better copy or original paper map can be obtained, many dimensions and detail notes could be read.[1]