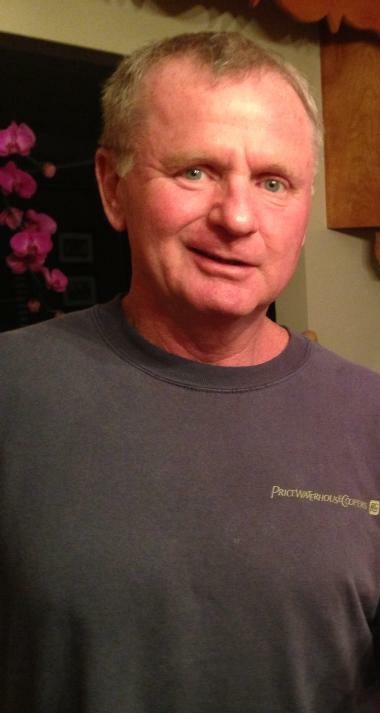 Danny Curtin was no ordinary Temple kid. He had a strong, sometimes passively aggressive belligerent spirit, but was oh, so lovable. Unfortunately some details have left me, but the quintessential essence of who Danny was will linger in my heart forever.

I remember when I got the call from Leona Collier, telling me that “Father” had a special request. I knew it was time to forget that “no” was a word. I certainly knew that before I considered using it, I would have to weigh the situation, the obvious and hidden reasons for the request, and the consequences of whatever my response may be.

What Leona said was: There is a young teen in the valley who is not fitting in, and he needs to be moved to San Francisco. Will you take him? Although my natural way of being would be to ask lots of clarifying questions – Why is he not fitting in? How old is he? Do his parents want him to come here? – I knew that only one response would protect me and the kid. So I responded, “Oh sure, it’s fine.”

Whatever the details of the transfer were, my husband David and I got Danny. As I recall, he was in tenth grade, and I – or perhaps it was Claire Janaro – enrolled him in school. At the time, I was Director of an Early Childhood Pre-school Learning Center near Balboa High School, and I think that was the school he attended.

We All Got to Know Each Other

Danny was a high energy kid, full of nervous energy. He always did what David described as “that Thumper thing,” jiggling his foot and his knees almost constantly and always at the dinner table or when sitting doing homework. David would tell Danny that they were going to do something in an hour, and Danny would ask David 115 times if he was ready yet. OMG. That was something to watch, but whatever they were doing, Danny was all in. David loved his ability to be intense about projects, but hated that excessive expression of anxious energy.

With me – trying to not take more credit than I deserve here – Danny seemed to be really calm. He was easy to engage in conversation while I cooked, as long as I didn’t ask him to set the table or do anything that he might think of as being my job.

He loved stopping by the daycare center where I worked every day as he walked to the bus stop. Well, I guess he loved it. I did demand it as a kind of checkpoint for where he was after school.

Sometimes he came in and looked after the rabbits. If he was in too much of a hurry, I had to know why.

Oh! Even then, my love for Danny was great. David was “fond” of him, but Danny lacked the intensity of dedication that was an ongoing driving force for David.

And then there was when Danny turned 16, and he wanted to learn to drive. David replied “No,” which was not a word that David typically used, but he believed that Danny should never drive. As for me, I said “Okay,” which was like me speaking a foreign language.  David and I decided that I would be the one to teach Danny to drive. And yes, against all odds, I took it on. I am thankful to be alive after that experience, I can tell you, to have survived the running of numerous four-way stop signs and likely twice as many red lights, all while casting my trust and faith in Danny. Thank God, he chose to become an airplane pilot, because cars were always too slow for him.

When Curtis died, Danny was the very first person who came to me to give condolences and to share his honest views on the root cause of the death of Curtis.

At that time in my life, what Danny shared with me, that only he and Lee knew, was inspirational in helping me save my life and contributed to the courage in me to help save the lives of others.

Danny was a catalyst and I will love him forever.

(Janet Shular is a regular writer for the jonestown report. Her other articles in this edition are A Child’s Life With Continuous Victimization: A Story About Cassandra Minor and Clifford Gieg: In the Rear View Mirror of My Mind’s Eye. Her complete collection of writings for this site can be found here.)