(Editor’s note: This article was originally published in The Guardian of London, on November 18, 2018.)

All kinds of violent deeds have been perpetrated in the name of religion, from wars to witch-burnings to child sex abuse cover-ups. Why don’t we use the word cult more widely?

Cults are hot right now, or so it would seem. One of the bestselling literary debuts of recent years, Emma Cline’s The Girls, tells of a teenage girl’s flirtation with a Manson-like cult in the summer of 1969. American Horror Story’s seventh season, subtitled Cult, delivers a political horror story that references the Manson family and Jonestown alongside Trump and creepy clowns. Netflix viewers binged on the 2018 documentary series Wild Wild Country, with its deliriously cool soundtrack and archival footage of the Rajneeshees – followers of controversial guru Bhagwan Shree Rajneesh.

The trend shows signs of continuing, with Quentin Tarantino’s star-studded treatment of the Manson family murders scheduled for release in the summer of 2019 (50 years after the crimes took place), and Breaking Badcreator Vince Gilligan rumoured to be developing a HBO series based on the Reverend Jim Jones, of Jonestown infamy.

As an author whose latest novel, Beautiful Revolutionary, deals with similar subject matter, it’s tempting – even commercially advisable – to ride the cult wave. As a person who has spent time with Jonestown survivors and their families, I’m more ambivalent. What are we really talking about when we talk about cults?

Most people have heard of Jonestown and Jim Jones, in some form. Even if the names don’t ring a bell, if you’ve ever seen a fictional depiction of a cult, certain details are likely to be familiar: jungle commune, poisoned fruit punch, paranoid preacher in sunglasses, dead bodies. Tellingly, fewer people have heard of Peoples Temple, the group best known for that 1978 mass murder-suicide of more than 900 of its members in the remote settlement of Jonestown, Guyana. Even fewer have an understanding of what Peoples Temple actually believed in.

“Drinking the Kool-Aid” is an idiom that derives from the Jonestown tragedy, commonly used to refer to blind obedience or belief in a flawed idea. Despite this, the fundamental belief of Peoples Temple was equality – hardly a kooky concept. Jonestown wasn’t supposed to be a place of death, but a place where members (the majority of whom were racial minorities) could live free of discrimination. 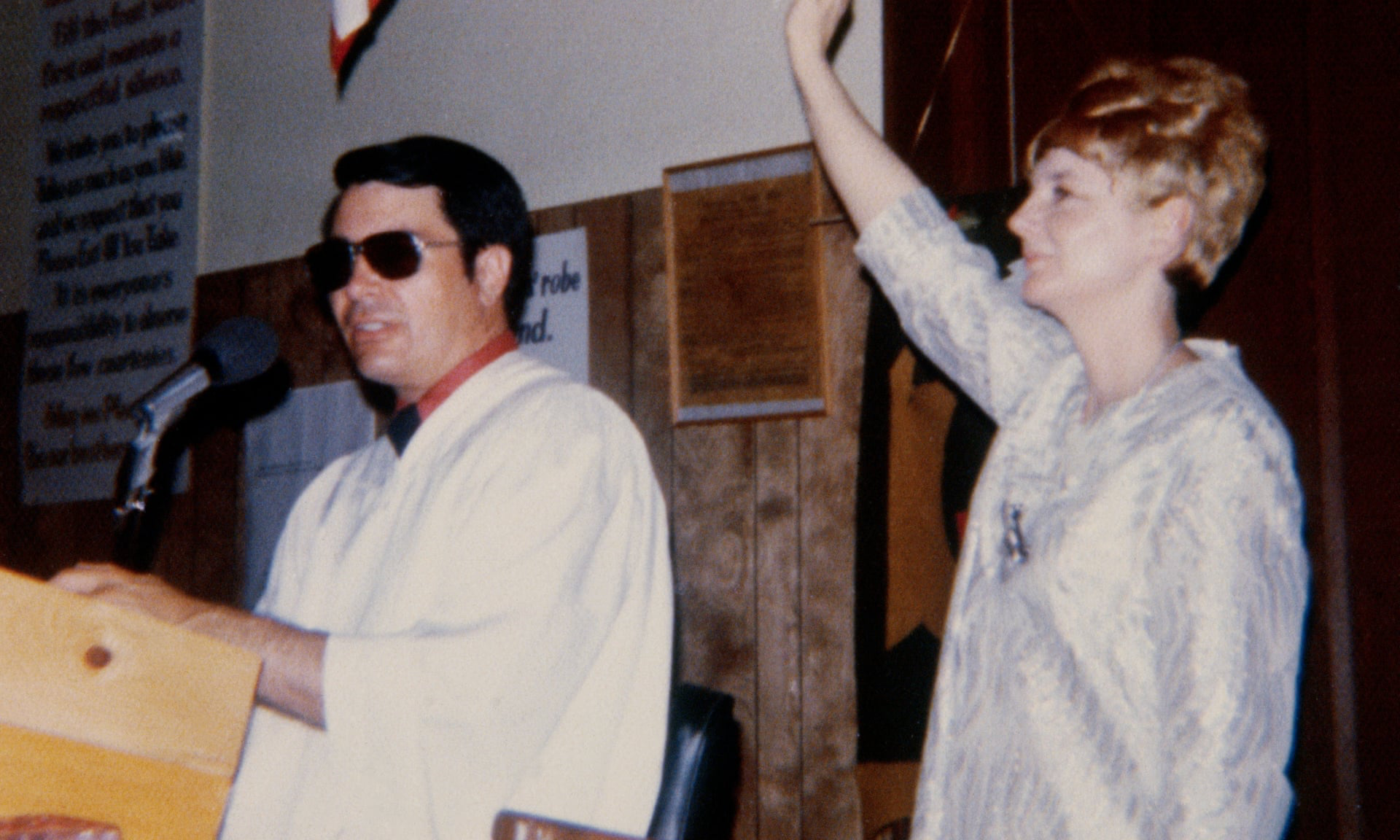 In 2015, I spent two months in the US researching Peoples Temple. I visited Richmond, Indiana, where Jim Jones met his wife, Marceline, in the 1950s, and where her grave is located. I visited 7700 East Road in Redwood Valley, California, where the Peoples Temple church constructed in the late 1960s still stands. I sat in kitchens and coffee shops, talking to people who had lost friends and family in Jonestown, and who could have easily been lost themselves. Some of these conversations continued months later, over email or Skype. Not one of them used the word “cult” in earnest.

“We weren’t a cult, we were a social movement,” one survivor made a point of telling me. “We were revolutionaries.”

Earlier, the same man had told me about his wife and child dying in his arms. He had told me of his contempt for Jim Jones, the man who ordered their deaths, and who had fostered an atmosphere of such fear and desperation that these orders seemed almost justifiable. He had told me also of his contempt for the current state of US politics, Trump’s racism, sexism and fear-mongering. As far as I could tell, he seemed like a reasonable person, albeit one who had lost a lot.

Originally, the word “cult” simply meant “to worship”. Deriving from the same root as “culture” and “cultivation”, it described rituals and offerings intended to cultivate the favour of gods, saints and other holy figures. The term later took on negative connotations, and by the mid-20th century was mostly associated with charlatans and violent or otherwise bizarre fringe groups.

Today, a cult might loosely be defined as any group exhibiting a combination of qualities including (but not limited to): a charismatic leader, mind-altering practices, sexual and economic control and exploitation of members, us-versus-them attitudes towards outsiders, and an ends-justify-the-means philosophy.

By this definition, it’s difficult to argue that Peoples Temple wasn’t a cult. After all, they had a leader who was notoriously charismatic and who exerted a disproportionate level of control over his congregation. Members were often overworked and overtired, their finances and sex lives regulated by leadership. Relationships with outsiders were generally discouraged, and Jones was known to sexually abuse both male and female followers. Meanwhile, an ends-justify-the-means line of thinking was employed to justify everything from faked healings to the ultimate massacre of more than 900 individuals.

Yet I can understand the impulse of Jonestown survivors, and others, to shy away from the “cult” label. It’s reductive, at best; dehumanising, at worst. “Cult is an expression reserved for those religions of which we disapprove,” states Rebecca Moore, a religious studies scholar who lost two sisters and a nephew in Jonestown. When headlines labelled the Jonestown dead “cultists” in the days immediately following the massacre, they relegated them to the sidelines of humanity.

This made it easier for the public to distance themselves from the tragedy and its victims, dismissing them as weak, gullible, unsuited to life and unworthy of postmortem respect. Bodies weren’t autopsied. Families were denied the timely return of their relatives’ remains. A thousand “don’t drink the Kool-Aid” jokes were launched.

Is the violence of the group’s demise, and our eagerness to distance ourselves from it, ultimately to blame for the persistence of the “cult” label? Certainly, we seldom hear of cults that don’t end catastrophically. Certainly, had Jonestown ended some other way – with Jim Jones dying of natural causes, for instance, and his followers leaving the group or carrying on without him – Peoples Temple would likely be remembered differently. As significant as the violence is, however, all kinds of violent deeds have been perpetrated in the name of religion, from wars to witch-burnings to child sex abuse cover-ups. Why isn’t the C-word applied, in these cases?

The association between “cult” and “cool” is a more recent phenomenon. We talk of cult films, cult bands, cult novels, the cult of fitness, Bitcoin and Justin Bieber. It seems that almost anything can be called a cult, provided it has a following – a trend that feels especially meta, given the contemporary craze for cult-related media. Popular true crime podcast My Favorite Murdereven went so far as to establish a “Fan Cult”, offering members exclusive content and matching T-shirts at a cost of $39.99 per annum.

It’s hard to know what to make of the cult craze. In some ways, it seems to be an extension of our enthusiasm for all things vintage – think “cult”, and you’ll likely think of long hair, folk blouses, a groovy soundtrack – combined with our enduring craving for sex and violence in media. Yet the appeal of stories about people adopting alternative lifestyles, often involving communal living and a return to nature, might be further explained by the frustrations of late-stage capitalist society and growing anxieties about climate change.

Whatever the explanation, I believe that the current popularity of cult stories presents an opportunity for these stories to be told differently – more sympathetically, with an emphasis on the humanity of followers rather than just the bloodshed and crazy-charismatic leaders. Because, ultimately, cult stories are human stories. They’re stories of community, the search for meaning and a better life. In such stories, we can all find a bit of ourselves.