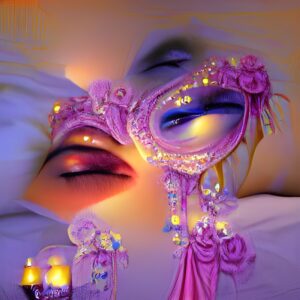 Jim Jones came into my life through a series of coincidences, like randomly seeing books and memorabilia related to him. I didn’t buy any books though – they came later on, along with documentaries – yet I couldn’t help noticing the subject following me around. People would casually mention Jonestown or even say something as simple as the name “Jim” out of the blue. It felt like a hint to start researching.

But why? Why did I feel a strong connection to Jim Jones and the events of Jonestown? Why did he intrigue me so?

I was born in the ’90s, a long time after the Jonestown tragedy, and living in the UK means I’m far away from all the old Peoples Temple sites. I knew the general outline of what had happened, but my decision not to delve too deep was because I wanted to come to my own conclusions about certain parts. This felt very different from other true crime cases I’d been interested in. My approach was unique. I was curious to see if anything I had in mind about the situation was an actual fact when I did finally get to know the story inside out. I wanted to know more, but I left it there for the time being, until a later date, while I concentrated on other projects and life in general.

Everything intensified on 22nd January 2018, when I came across one of Jim’s housing authority business cards up for sale, next to a photo of him from 1976. Something clicked. An overwhelming feeling came over me. It was like seeing him for the first time, even though I already knew what he looked like. I won’t deny my first and main attraction to Peoples Temple and Jonestown is the man himself. I can understand anyone being attracted to him during any era of his life.

That night was the start of my vivid dreams about him which went on continually for two weeks. Each one just as detailed as the last, through different years and situations. Although they were dreams, they felt intimate, like personal experiences, as if I’d been there back then.

Some people might find it strange to use something as simple as dreaming to get to know more about a man who has been dead for forty years. All I had to do was hear about real life experiences. There are plenty of resources. But it felt right to me.

I did start my practical research though and finally sought out as much information as I could about the entire subject, even discovering I was accurate with a few things I’d previously concluded. I was right in thinking it was not as simple as just putting the blame on a single person, for one example.

I’ve continued to dream about Jim quite often. The dreams involving him are always more realistic and flow like real-time events, never disjointed or random. I nickname it “immaculate sleep” due to the realism and how the events run smoothly. They do not end abruptly or jump onto something unrelated. Sometimes people can appear differently or even surreal in dreams, but Jim always looks as he did during his life, very accurately. I often remember the exact dialogue and details.

I became an admin of the Facebook group Jim Jones Cult Leader in February 2018. Everyone is welcome to discuss anything they want, but I make a point of keeping conspiracy theories out of the group. In my opinion it’s amazing how the presence of an “evil” man, as some people call him, can inspire such positivity in life.

(Jolene McDonald may be reached at immaculatesleep@gmail.com.)