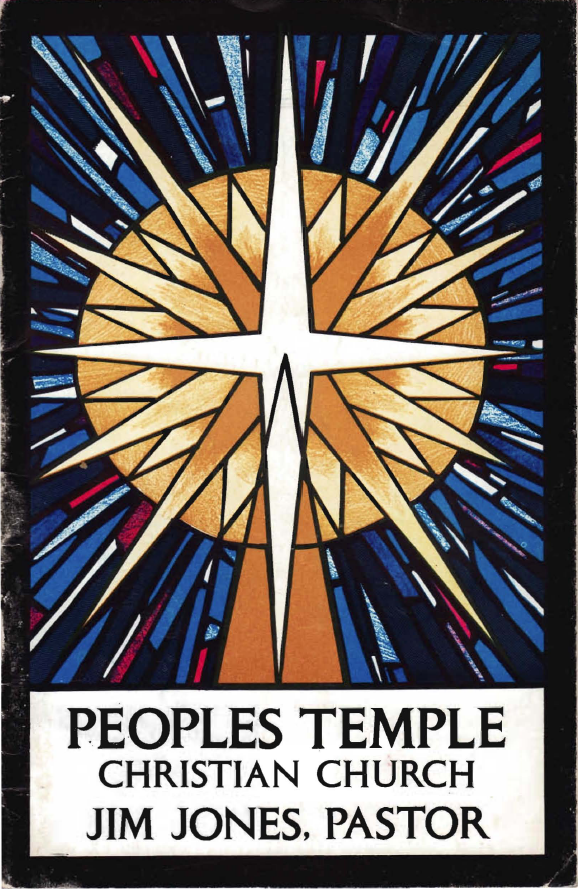 Peoples Temple published a number of promotional materials during its history, beginning with mimeographed and photocopied statements of purpose and endorsements, but perhaps its most professional effort during its California years was its last one, a 20-page, multi-color booklet on glossy paper, entitled simply: “Peoples Temple/Christian Church/Jim Jones, Pastor.”

Similar to previous efforts, it includes numerous endorsements of its works from newspapers and religious and political leaders, as well as a few paragraphs describing its mission. The brochure represents an arc of its work since its arrival in California, opening with a note of farewell from an Indianapolis newspaper and a photo of the Temple facility in Redwood Valley, and closing with a photo of Temple members loading a shipment of supplies heading for Guyana.

Matthew 25:35-40, the Parable of the Last Judgment which was the Temple’s biblical imperative for its work, appears on page 3 of the brochure. It should be noted that the reprint makes several edits of the Scripture, which was taken from the King James version of the Bible: it removes the reference to Jesus as “Lord” in Matthew 25:37; it deletes the phrase at the beginning of Matthew 25:40, “And the King shall answer and say unto them”; and it deletes the reference to “my brethren” in the last line, although in that instance, it notes the change with an ellipse.