The Divine Lorraine Hotel was dedicated by FATHER DIVINE February 7th, 1949 and was
the first totally integrated first class Hotel in the Philadelphia area and third only to the Divine Brigantine Hotel and Divine Pinebrook Hotel in The United States.

It was purchased by a group of integrated followers of FATHER DIVINE for cash without mortgages or credit of any kind, And the integrated management and staff served an integrated clientele. As always the best was provided for the least. 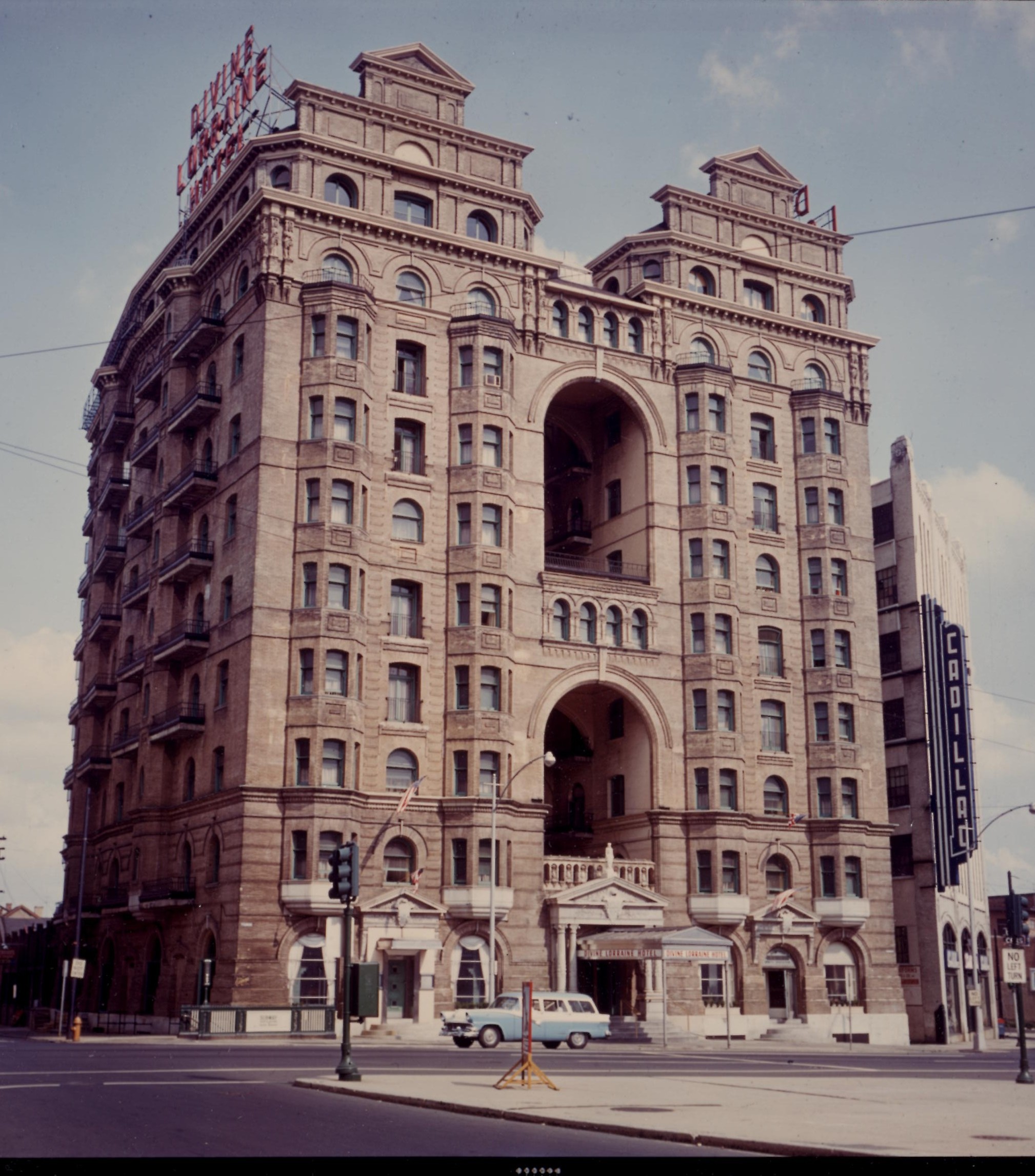 FATHER DIVINE will tell you in an excerpt from His own words spoken during the dedication and opening of the Hotel how the Hotel operated.

This is an Excerpt from FATHER DIVINE’S Address
at the Dedication of the Divine Lorraine Hotel
Given February 7th, 1949 at 11 PM.

The Divine Lorraine Hotel and Other Properties

“I will briefly run over this with you; at least point these different acquisitions to you. On page 15 photos of different acquisitions to page 25. First is The Divine Lorraine Hotel, this hotel here where you could get reservations from two and a half to three dollars and up per day; now you can get the same reservations for fifty cents per day. . . . . you can get sleeping accommodations in the hotel now for two and a half dollars per week. If you do not desire to give any more you are not obliged to give more and are not required to give more; but if you desire to give more and feel that you should give more, you are welcome to give any amount above the two and a half dollars per week you choose to give. That is up to you for there is no graft in the situation.”

The quality standard of the hotel was maintained throughout the years as the photos show and the Photo of the Pennsylvania Sate Historic Landmark Plaque that was erected in front of the Hotel attests the appreciation and respect that is given because of the years of service given the community.

Most important, the Divine Lorraine Hotel was the only hotel of its’ caliber to be integrated in Philadelphia and within two years all the hotels in the city were integrated. Also to be noted, shortly thereafter the hotel system that was prevalent throughout the United states and was completely segregated, north and south, broke that line of demarcation and integrated completely. As long as you could pay the fees you were welcome.