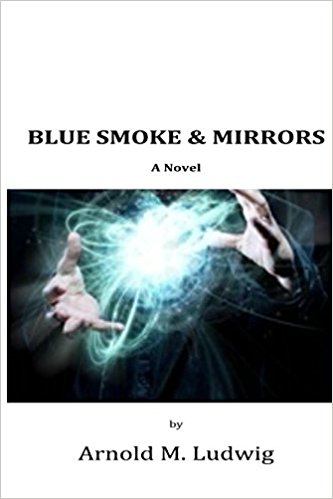 Over the course of my professional career, I have studied hypnosis, persuasion, sensory deprivation, sensory overload, barbital interviews, various psychotherapeutic methods and the administration of certain drugs, such as alcohol, marihuana and LSD. As a result of my studies, I have come to the conclusion that because human beings are social creatures, they have an inherent susceptibility to suspend their critical faculties in the presence of charismatic leaders and certain distraction techniques, especially when under duress. This makes them more docile and suggestible. While in this altered state of mind, they tend to attribute more meaning, profundity, truth and significance to what they see and hear—no matter how preposterous. One also might believe they are showing signs of being brainwashed.

To illustrate what I mean by an altered state of mind, let me recount a personal experience. Years ago, hours after taking LSD, I almost had a life-changing experience. Standing at the urinal, I saw a sign that I believed was the answer to the universe. All excited, I ran out to my colleague in the hallway and pulled him inside the bathroom, much to his dismay.

“There,” I said, excitedly pointing at the sign. “It’s a message from up above. I discovered the meaning of life!”

My friend burst out laughing.

I felt crushed. Angry, too.

The sign over the urinal read, “Please flush after using!”

Later, when I was lecturing to a class about this experience, one of the graduate students raised his hand and seriously asked, “How can you be sure that isn’t the answer?”

I simply shrugged. I could not be sure.

I believe there is a profound difference between the sense of meaning and real meaning. This is a key issue, since humans keep seeking meaning in their lives. Because their own very mortality represents the quintessence of meaninglessness – why live or even be ambitious if you are going to die? – they remain susceptible to the preaching of religious and political leaders who proclaim that their spirits or deeds will live on eternally, as long as they do what they are told. As a result, people often have been willing to sacrifice their lives – and even the lives of others – for their beliefs, ones that mostly contain as much objective, proven truth as the sign over the urinal. In writing my novel about Jonestown, I felt that ramifications of this issue warranted more attention.

Though I have published a number of nonfiction and fiction books, writing this particular novel about the Jonestown massacre posed some special challenges. So many authoritative and speculative books and articles already had been written about the event. Over 900 members of Peoples Temple had taken their own lives along with those of their own children at the behest of the Reverend Jim Jones for some obscure reasons. What more needed to be said about this gruesome event? As most people believed about Jonestown, the facts supposedly spoke for themselves. Who but some weird, crazy kooks, mental retards and radicals would do such ghastly things? What more could you expect from members belonging to a cult or sect?

And yet something about this stereotypical, judgmental notion bothered me. It explained nothing. The words cult and sect were pejorative. They also could be misleading. Almost by definition, they have come to imply that members of such groups not only were deviant, but a bit odd or wacky, too. Yet that did not jive with what I knew about many of these members. From all I could gather, many were thoughtful, accomplished, caring, playful and loving individuals who sought more fulfilling lives. I found that observation hard to reconcile with the realization that more members did not resist Jones’ orders. Committing suicide was bad enough. Aiding in the death of an elderly parent or killing one’s own children was another. Because of these concerns, I felt challenged to come up with convincing explanations for these seeming paradoxes.

Another important observation in explaining what transpired in Jonestown also needed to be taken into account, and that is that religion and politics often mix. As it happened, I began writing my novel shortly after completing a multi-year study on all the rulers of all the countries within the world during the entire 20th century. I published my findings in a book, titled King Of The Mountain: the Nature of Political Leadership, a book which received a good deal of national and international attention. This online review summarizes my findings. Because of my study, I found many similarities between Jones’ antics and those of many political leaders. Though the number of deaths at Jonestown was shocking, it was dwarfed in comparison by those caused by political leaders. I found that the rulers of all these countries were collectively responsible for causing over 200 million deaths over the course of the 20th century through wars and certain social policies. Much like what ostensibly transpired at Jonestown, the charismatic leaders of these countries also got people to kill others and die for their countries by offering abstruse reasons to justify their actions, such as forced collectivization, ethnic cleansing, gulags, purges, the “Great Leap Forward,” communism, self-defense and even the promulgation of democracy. Almost any shibboleth, motto or banner would do for getting people to justify the killing of others or to sacrifice their lives for their cause.

What this human predilection for wars obliges us to consider when we try to understand what transpired at Jonestown is that the ostensible reasons for a seeming conflict may actually obscure the real ones. For instance, often unbeknownst to the public, the manufacturers of weapons have vested interests in the perpetuation of wars and conflicts. As it happens, there was good reason to believe that similar, subversive elements existed with regard to Jonestown. At the time of the massacre, the U.S. government was engaged in undercover activities to overthrow leaders of left-leaning, communist Central or South American nations. With Jones considering the notion of migrating to Russia, it is likely the Feds were around. Also, the role of the Guyana authorities remained nebulous and undefined in the usual accounts. One can only speculate about the role these governmental agencies played.

Because of all these unexplained happenings, questions and puzzling events, I believed the real story about Jonestown had yet to be told. My novel attempts to do so. Since I could find no concrete proof for my many assumptions, musings and suspicions, I resorted to fiction. And with good reason. As Albert Camus proclaimed, “Fiction is the lie through which we tell the truth.”

(Arnold Ludwig’s previous article for the jonestown report is An Exploration of a Novelist’s Mind. He can be reached at arnold_ludwig@brown.edu.)