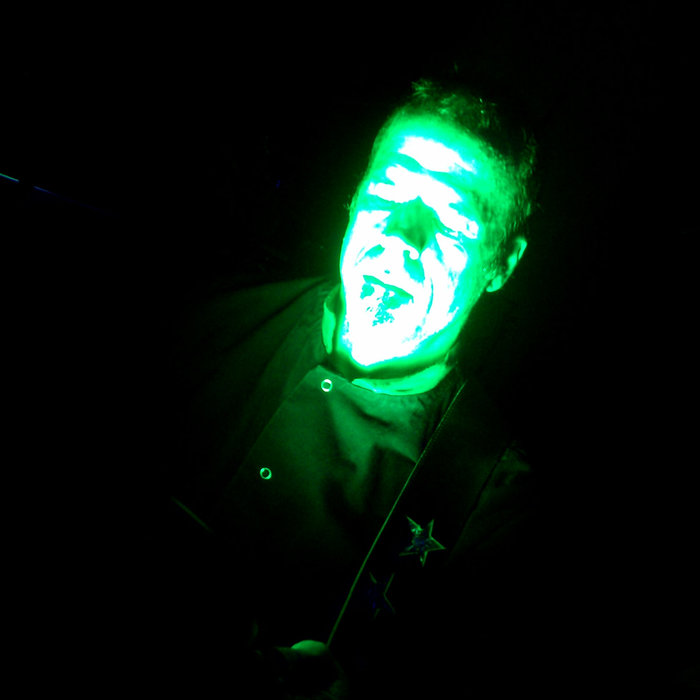 To me, music is the most potent expression of emotion possible. I’ve always been fascinated by music made by “outsiders,” both as individuals and as groups. “Outsider music” to my ear is more pure and honest than mainstream popular music could ever be. Whether or not it’s “better” is up to the listener.

I am a musician and do-it-yourself sound engineer. Since 1984 I’ve released records, tapes, and cd’s through my record company, which is called TPOS. I’ve made something of a career for myself by releasing my music and music made by others.

Over the years, while compiling an anthology of music made at Peoples Temple, I came across a track including the voices of Jonestown residents that suffered from numerous recording defects. In attempting to correct them, I accidentally created a piece I call “Raga Jonestown.” I released it under the name Fried Man, the pseudonym I use when I create experimental music. You can hear it here.

Ragas are Indian classical compositions that are meant to be listened to at certain times of the day. “Raga Jonestown” to me sounds best at night, the time for reflection and contemplation. It is also not necessary to listen to “Raga Jonestown” at a loud volume. In fact, quiet listening may better suit the mood of the piece.

I decided to call it a raga because, like Indian classical music, the sound has neither tempo nor rhythm. Rather than rocking, it flows. It’s lengthy and creates a mood. This piece – this creation – reinforces the idea that inspiration and beauty can come from any place at any time.

I am pleased that the raga was used as part of the soundscape for an art installation by Beth Houghtaling that honors the Jonestown dead. Her article about the exhibition appeared in the 2017 edition of the jonestown report.

The anthology of Jonestown music itself is a completely different experience. For a community obsessed with self-documentation, Peoples Temple put very little care into their recordings. Low audio levels, haphazard microphone placement, indifferent editing, and cheap recording tape all combine to make for a somewhat lo-fi listening experience. But the music is important and it must be heard.

What you will hear in the music made at Peoples Temple is regular folks with regular voices. Only one singer in the entire collection sounds like a trained vocalist. Reverend Jim Jones sings and interjects throughout. Sometimes his wife Marceline takes the lead. Many of the songs were taped during all night meetings and marathon church services. Not every song mentions Jim Jones, but there is no doubt about that he is the subject of each. You can read more about it here.

One of the most popular titles on my label is a cassette of the “death tape”. People are endlessly fascinated by it. This year I decided to create a vinyl version of it. The idea I wanted to convey with the cover art was the “before” and “after” of the vision of the Peoples Temple mission. To do this I used photos and documents that are available through the Jonestown Institute.

I’ve been listening to the “death tape” for many years. It’s always a heavy experience. But somehow hearing it on vinyl makes the experience more profound. Perhaps it’s because of vinyl’s permanence, or maybe it’s because one has to actually handle the record itself to listen to it. It seems to make a direct connection between the sounds contained on the vinyl and the listener. I’ve felt it myself and so have other people I’ve talked to.

I’ve also released a Jim Jones sermon on cassette. It’s from May 1973 and is invaluable for understanding Peoples Temple and how everything ended up the way it did. In the sermon, Jones not only declares that he is God but explains exactly why he is God. He is logical, well-spoken, and lucid in his declarations. If you put yourself in the place of someone who believes in miracles and wants very much to believe in a living God, his arguments are quite persuasive.

All in all, I’ve been greatly enriched personally through the music and sounds of Peoples Temple. I’ve learned a lot about myself and my relationship with spiritual matters and orthodox religion. I’m grateful for the opportunity to spread the sounds and at the same time earn the funds to allow me to continue with these efforts.

(Malcolm Tent’s previous article for the jonestown report is The Music of Jonestown: The Power and the Glory. He can be reached at mt@malcolmtent.net.)