(Editor’s note: In 2010, when Understanding Jonestown and Peoples Temple was originally published, Daniel J. Flynn – best known for his writings in The American Spectator and Breitbart News – published a critical review of the book in the City-Journal. This response to the review was submitted to the jonestown reportin the summer of 2018 at the time of the publication of the book’s second edition.)

(Thomas Mrett is an independent researcher who runs a site for historical simulations called eRegime. His collection of articles for the jonestown report is here. He may be reached at kocotosi@gmail.com.) 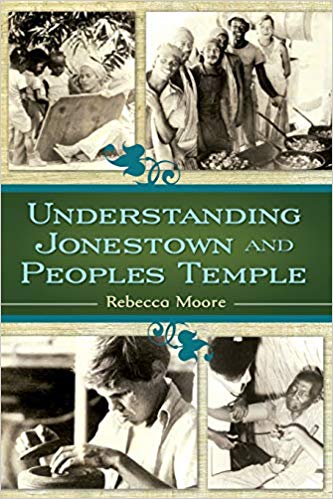 Flynn starts off correctly noting that Jonestown was similar to “the nineteenth-century utopian experiments,” only to immediately contradict himself by claiming Jonestown was actually more akin to the USSR, Pol Pot’s regime, and the Democratic People’s Republic of Korea. His reason for the comparison to those societies is that Jim Jones’ attorney Charles Garry once famously referred to Jonestown as a paradise. Apparently no outsider was ever impressed by 19th century communes.

Rebecca Moore’s contention that Jonestown “wasn’t as bad as people made it out to be” isn’t her own. There were – and are – survivors who would make the same point she did. In his book Journey to Nowhere, conservative writer Shiva Naipaul interviews one of them (150-155). He also noted the impressions of Richard Dwyer, a US Embassy official and CIA employee who visited the settlement as part of his public duties, knowing full well that Jones staged things for the benefit of outside visitors, and who still gave an overall positive assessment of life there.

“What problems did they exaggerate?” Flynn continues. “Moore doesn’t specify, simply implying that Jonestown was something other than a ‘concentration camp.'” This is just dishonest, considering that she writes immediately afterwards: “I will discuss the negative aspects of life in Jonestown in Chapter Five.”

Flynn then offers his own views of Jonestown:

But armed guards, confiscation of passports, drugging of malcontents, incessant loudspeaker harangues, torture, public browbeating sessions, food rationing, and ultimately a survival rate below that of Auschwitz surely made Jonestown a concentration camp.

But let’s break this down:

Admittedly, there were days when they had just rice and vegetables. Nevertheless, she said, Deborah Blakey [whose affidavit is an especially negative portrayal of Jonestown life] had concentrated only on the bad parts. Children were given eggs twice a week; the Jonestown medical staff paid close attention to their protein intake. Pregnant women had milk as well as eggs. As the months went by, because of the volume of criticism, the quality of the diet did gradually improve. Jonestown was still expanding. Crops were still being planted. It was not difficult to appreciate that the commune would take time to find its feet. (152)

The confiscation of passports, the use of torture, the loudspeaker harangues, and of course the events of November 18, 1978 are indefensible, but all this still does not merit equating Jonestown with a concentration camp. It merits denunciation of Jim Jones for undermining and murdering a town, most of whose inhabitants had preferred to stay and sought to improve their lives there.

Flynn does not address Moore’s point that Rep. Leo Ryan really did represent “the power of the state and its ability to destroy the community.” But Jeff Guinn does. His book The Road to Jonestown, which Flynn has elsewhere given a positive review, includes an interview with another Jonestown survivor who had advance knowledge of Ryan’s visit:

Ryan’s official plan was supposed to be, he would come alone with no Concerned Relatives or media, but it seemed clear that he would be coming with lots of them. He’d told [Concerned Relatives] that he expected to be turned away at the Jonestown gate, and then he would go back to the USA and schedule [congressional] hearings about Jonestown starting in February 1979. He told them that the only legal authority the U.S. government would have to act was if American citizens were being held there against their will. So if he didn’t get in, Ryan could claim that, and if he did get in and even one person left with him, and then that person testified about nobody being allowed to leave, [Ryan] would have proof. So either way, he’d win. (414)

In other words, in the eyes of the Jonestown leadership, Ryan’s visit represented a clear threat to the continued existence of the settlement, alongside other efforts by the Concerned Relatives group to create pressure on the Guyanese government via US government agencies.

Finally, Flynn attempts to belittle the book by disparaging Moore herself. “Moore does not operate on the margins, however marginal her views.… This is the kind of tripe that one would have expected to hear over a Jonestown loudspeaker. Here it is in a book by a department chair at a respected university.… Rebecca Moore’s book is the equivalent, then, of a concentration camp warden’s kin putting the best face on his work.”

This is just insulting. Her book is about Jonestown, not her sisters (let alone trying to excuse them for what they did.) As she notes on page 85 that,

Careful planning went into arranging for the mass deaths. Conversations focused on what would happen to the children in a revolutionary situation, and killing them was seen as the most humane option. ‘The main reason for suicide—to assure safety to the children,’ my sister Annie wrote in an undated letter to Jones. (85)

Indeed, Flynn’s understanding that “[Annie] is believed to have been the last person to die at Jonestown” likely comes from Moore herself (98).

Rather than an honest review of a book that attempts to offer a balanced understanding of a tragedy by a longstanding student of the subject who discloses her own connection to it, Flynn’s whole article seems to be an excuse to attack “the Left” and the state of higher education in this country. This requires both distorting Moore’s arguments and making leaps of logic, and that is why I criticize it.

(Tom Mrett is an independent researcher. He may be reached at kocotosi@gmail.com.)