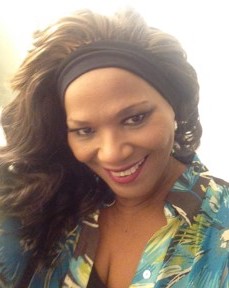 Glenda was a member of Peoples Temple in her youth, as was her sister Darlene Ramey and a dozen of her friends. Many of them went down to Jonestown before her, and she was supposed to follow them, but decided within hours of her scheduled departure to listen to her “inner feelings of doom.” As she reflects in her article, “Leaving Jonestown,” she made excuses at the last minute to avoid going to the airport for the flight down to Guyana. In the end, that decision saved her life.

Her sister died on November 18. So did all of the friends she had down there, and many others that she knew.

In 2011, more than a decade ago and more than 30 years after the deaths, she expressed her own struggle in an email to me:

I am still mourning, but trying to forgive myself for not grieving. It’s almost like I have to rewind my clock sometimes and cause myself to grieve. I think I’ll forever mourn the loss of them, but will have to forgive myself for working through the grief. I guess I felt like it was least that I could do. I mean like, how do I go on with my life? … I’ve lost [other] family since that day, but I have not grieved as I did with my Jonestown family and friends.

It took a while to get her to start to write – her first article came about the same time that she and I exchanged our personal thoughts about grief – but once she did, she unleashed a torrent of pent-up memories and reflections. She had reason to be bitter, and some of her stories were angry. But they reflected other emotions too – sadness, regret, even joy – over her life in the Temple. There are moments of longing in her collection, but there are ones with laughter too. The stories ranging from self-effacing descriptions of teenage pranks to the mundane remembrances of everyday people aren’t just of a young member of Peoples Temple, but of a young African American woman growing up in 1970s Los Angeles.

Whenever anyone contacts us looking for stories that describe life inside Peoples Temple, my default suggestion is to refer them to Edith Roller’s journals. They are articulate, revealing, sometimes funny, oftentimes poignant, sometimes humdrum, and – best of all for historians – detailed enough that they provide dates and contexts for unmarked tapes and documents recovered from Jonestown. But their major strength is that – since the author died in Jonestown – the accounts are by definition not influenced by the fact of the tragedy itself.

Of all the people who have written since then, Glenda came the closest to matching Edith. But Edith’s contribution was by circumstance, whereas Glenda’s was by a conscious effort to report her memories as honestly as she could. That approach – to rise above the deaths to remember the Temple in life – required an element of real bravery. She honored everyone she knew, and in that way, undeniably – if inadvertently – brought honor to herself.

(Fielding M. McGehee III is the principal researcher for the Jonestown Institute and this website, where he manages tape transcripts, Freedom of Information Act requests, primary source documents, and general inquiries on questions concerning Peoples Temple. A selection of articles and editorials for the jonestown report is here. He may be reached at fieldingmcgehee@yahoo.com.)