(Edward Cromarty is a regular contributor to the jonestown report. His complete collection of articles is here. He can be reached at edwardcromarty@hotmail.com.)

Learning in Jonestown was an inclusive activity-based concept that integrated a diverse population through socialist inspired non-linear community programs which valued active participation, work-based learning, and good citizenship. The Jonestown school, which was accredited by the Guyanese government, served the entire community without the confines of traditional education, and had the long-term objective of educating the residents of the rural Northwest District of Guyana (Jonestown: A Model of Cooperation, 1978). Its unique blend of activity-based training and cooperative socialism was at the cutting edge of educational theory in its time, and continues as an example of participatory social learning. 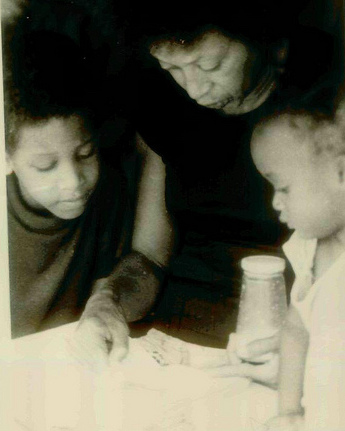 It is a very reasonable postulation that activity-based learning played an important role in education and training in Jonestown. In the years following World War II there was an upsurge in acceptance of progressive educators such as John Dewey and A. S. Neill who favored pragmatic and democratic learning. Opportunity High School, an alternative high school in San Francisco attended by many Peoples Temple youth in the mid-1970s, was one example modeled on A. S. Neill’s Summerhill School (Wettendorff, 2017). The inflow of talented progressive Jewish intellectuals fleeing the repression of Europe during the Second World War into African-American universities may have enhanced acceptance of progressive education pedagogies among American educators (Black, 2016).

Another reason for the emergence of activity-based learning was de-Stalinization in the 1950’s and 1960’s during which the works of Soviet educators and psychologists became available to western academics for the first time (Kozulin, 1986). The concept of activity was the primary motivator of Soviet psychology. It had proven highly successful in the training of the Soviet military, and was being studied and employed for diplomatic and military training to assist the US in meeting its new global post-war obligations (Justice, 2011). In establishing education and training systems, the highly competent educators in Jonestown would have had knowledge of progressive activity-based learning and the newly-available Soviet educational theories; and how these learning concepts could be employed to meet educational needs in the cooperative socialism of Guyana. In need of education and job-training in its rural Northwestern region, the Guyanese government was interested in developing the education system of Jonestown and the socialist message of equality and community service it provided. To Peoples Temple, the cooperative socialism of Guyana offered the opportunity to build a socialist community without the racism found in American culture.

To Lev Vygotsky, the seminal author of activity theory, socially meaningful activity in its relationship with the world was the primary influence in the development of higher human cognizance through a process of continually occurring and sometimes sudden change (Kozulin, 1986). This cultural explanation of human activity correlated well with a Marxist-socialist concept of historical activity as the motivator of consciousness, and offered a rebuttal to classic western naturalist, behavioral, and empiricist explanations (1986).

Aleksandra Luria furthered the work of Vygotsky. Luria (1932/1976) wrote that complex cultural systems are the key to simple neurodynamical processes. Luria (1979) found that changes in practical forms of activity, especially activities in formal schooling, produce changes in thought processes, including basic changes when coupled with changes in social-historical circumstances. To provide an example from Jonestown, it was found that – when given the change in cultural environment, and the use of practice-based progressive teaching methods which motivated student involvement in topics of interest – students who had performed poorly in US schools became excellent students (Jonestown: A Model of Cooperation, 1978). Luria sought to identify the daily social activities within the group culture, in order to reorganize classroom instruction to include local knowledge (Good, 2000). The inclusion of local Guyanese culture in classroom instruction was practiced in the Jonestown school through the integration of community learning, development of curriculum and learning activities relevant to daily social life, and the use of indigenous ingredients in the production of classroom materials. Activity-based learning within the unique communal environment of Jonestown was a natural outgrowth of its socialist beginnings.

The transformation of Guyanese education

In the 1970’s Guyana was a developing nation which had won its independence from British colonial rule in 1966 and which was attempting to rebuild its education system to support its economic and cultural infrastructure (education.gov.gy, 2018). The primary political parties which determined educational policy were the Peoples Progressive Party (PPP) and the Peoples National Congress (PNC). The PPP promoted socialist reform and expansion of educational opportunity, and favored abolition of the dual system in which the Christian churches controlled the education system based on colonial values. A secular system was established in 1976 and abolition of the dual system was achieved (Ishmael, 2012). The policies of the governing PNC favored colonialist capitalist interests and sought to limit access to education. The main public debate in Guyana during Jonestown’s years of existence centered around PNC policies which repressed teachers who favored the PPP’s socialist educational policies into forced emigration and obscure roles.

A severe shortage of teachers and classroom space existed, with the most severe educational deficits and lowest rates of literacy existing in rural areas such as the Northwest District where Jonestown was located. The transformation from a colonial to a socialist education system required expansion of access to all groups without discrimination, provision of free compulsory education in primary and secondary schools, and the establishment of teacher training, technology, knowledge, and values to support freedom and equality (education.gov.gy, 2018), but only 6% of secondary students were granted free tuition and 9% admitted in higher education to the technical institutes (Ishmael, 2012). Areas in which improvement was essential for educational and social development were the sciences, agriculture, technology, and vocational training (Ishmael, 2012). It was necessary to teach Guyanese history in place of colonial European society in the curriculum. There was the need for improved working conditions, and teacher control of textbook content and curriculum design (2012).

Activity-Based Learning in the Jonestown Commune

The long-term reason Jonestown was established with the cooperation of the Guyanese government was to offer educational, medical, and agricultural services in the rural Northwest region of Guyana (Jonestown: A Model of Cooperation, 1978). Guyanese officials were attracted by the values of human service and racial equality provided by the Peoples Temple. They were interested in the example of cooperative living and education offered in Jonestown which removed barriers to educational and economic development. The Guyanese government was nevertheless very careful, requiring the Jonestown school to fulfill strict accreditation guidelines before allowing them to teach children.

The on-the-job training and academic education that would be needed in Jonestown began prior to the migration of almost 1000 Americans to its jungle enclave and included the utilization of Amerindians and Guyanese experts to learn efficient agricultural techniques (Jonestown Progress Report, 1977). Upon arrival in Jonestown residents were trained in approximately twenty skill sets, including agriculture, medical technology, machine and wood shops, mechanics, crafts, home economics, and heavy equipment operation (Guyana Chronicle, June 19, 1978). Most training in Jonestown was done through on-the-job training and vocational apprenticeships by skilled craftspeople. Core academics in the Jonestown school were taught by highly trained teachers and community classes by those having experience and specific skills.

Alongside the academic, students in the Jonestown school participated in work-study such as domestic chores from grounds-keeping to mechanics workshops. A merit system was used in which conscientious students were involved in special projects such as building a playground and beginning in the seventh grade vocational training which taught valuable skills (Jonestown Progress Report, 1977). The school employed a holistic community approach which removed barriers beginning with child care for infants through to specialized education for adults (Beck, 2008). School headmaster, L. T. “Tom” Grubbs described the Jonestown community as a school without walls (Guyana Chronicle, June 19, 1978). Classes included all age groups, with seniors sitting in classes with younger students to relate their personal experiences which taught social and human skills. Children were grouped together by abilities rather than age, encouraging students to progress through self-motivation and development instead of standardized systems. Teaching was of excellent quality with over a dozen teachers having advanced degrees, including specialized education, and active teacher training of new teachers from elementary to high school levels (Jonestown: A Model of Cooperation, 1978).

Teachers in Jonestown were encouraged to design courses that motivated students, and students were encouraged to study what they found interesting. The booklet Jonestown: A Model of Cooperation (1978) describes the efforts of Tom Grubbs to design playground equipment to benefit all children and place emphasis on cooperation, motor, and balance abilities rather than competition. Educational supplies were made from indigenous materials constructed by teachers and students to develop creative and social learning skills, in place of pre-made supplies which could lead to conformity and repetitive thinking (Cromarty, 2018). One example of this are the chalkboards made of steel and chalkboard paint so students could use chalk and magnets instead of pens and pencils in the classroom (Jonestown Progress Report, 1977). Children were immersed in the community culture and taught non-linear human relationship skills working with all ages and genders.

In socialist theory, adult learning is considered a cornerstone in the creation of good socialist citizens and in the moral and economic development of the society. Adult learning in Jonestown employed job training to produce skilled craftsmen, medical assistants, agricultural workers, and teachers to meet the needs of the community. Literacy classes were offered for seniors, and topics such as socialism, geography, arts and crafts, and languages assisted development of community culture and economy. Classes in socialist enlightenment were held every week. The Women’s Revolutionary Movement offered classes in education, self-respect, socialism, hygiene, child care, and world news (Beck, 2008). Activity-based learning in the form of job-training and practice-based cultural classes assisted the growth of Jonestown through cultivation of good socialist citizenship and the moral, economic, and social development of the community.

A unique style of holistic activity-based learning was practiced in Jonestown. It was a communal practice-based system which viewed the Jonestown project as a learning community without walls, removing the discriminatory barriers which inhibited learning and job training, particularly among people who might not have fit neatly into the segregationist categories of standardized education. Luria (cited in Sacks, 1987) stated that man is more than memory and impersonal psychology, he is feelings, will, sensibilities, and moral being, but it is beyond this realm, in the world of the individual, where we may touch and change him. Activity-based communal education in Jonestown created its own realm, within the cooperative socialism of Guyana, based on the abilities and sensibilities of the learner, and inclusive participation erasing the discriminatory divisions that isolate and repress individual achievement and social growth. It integrated local indigenous culture with social learning, daily activities, apprenticeships, on-the-job training, and vocational and academic education in school and community. This was accomplished within an organized adaptable system of highly qualified teachers, skilled craftspeople, and community expertise. It was a unique integration designed to foster equality and the moral, economic, and cultural growth of a socialist community.

Sack, O. (1987). The man who mistook his wife for a hat and other clinical tales. New York: HarperPerennial.

Wettendorff, R. (2017). From high school to Jonestown: A review of And Then They Were Gone. Alternative Considerations of Jonestown & Peoples Temple. https://jonestown.sdsu.edu/?page_id=70968. Accessed July and August 2018.