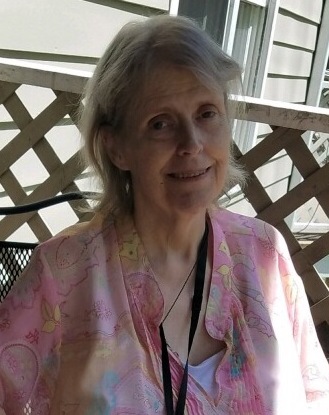 She lived a life of betrayal – often when she turned to someone for love or support or healing or comfort, she received just the opposite – but she never saw herself as a victim. That was part of her strength, and she needed every ounce that she could muster.

She suffered emotional turmoil all of her life, beginning with a strained relationship with a distant mother. She was a military brat, living her life in two-year-long segments during her father’s naval deployments, until she graduated from high school. After attending college at UC-Berkeley, she wound up in the arms of Peoples Temple and – more specifically – Jim Jones. The relationship she had with Jones tore at her sense of identity and self-worth. It also affected the relationship she had with at least one of his other lovers. When Jones and Maria Katsaris tortured her by pressing a red-hot spoon to her stomach – which left a life-long physical and emotional scar upon her – it was more than a test of Teri’s loyalty to the cause, it was a vengeful act of a jealous competitor for Jones’ affections.

The emotional turmoil extended into her post-Temple years. Plagued with PTSD, Teri sought counseling innumerable times. Her therapy was not helped by the discovery within the last decade that one counselor who had been treating her for a number of years worked from the premise that Teri’s demons were delusional – that she had never been a member of Peoples Temple or had been to Jonestown – and that she was fantasizing about the source of her deepest pain.

Teri was hospitalized with emotional breakdowns on numerous occasions, especially during a period in 2017, when the onset of dementia coincided with a series of severe flashbacks. She went in to a psychiatric ward with everyone thinking she would be there for her typical stay of one- to two weeks. But two weeks turned to six, and six weeks turned to three months. Much of that time, she wasn’t in Massachusetts in 2017, she was back in Jonestown in 1978.

Teri had bad luck with her physical health too. When she contracted myasthenia gravis, two doctors – who apparently never talked to each other – put her on different medications, which, in combination, were contra-indicated. Her earlier weight gain, at least one other medical condition, and even the liver failure that led to her death, were all attributed to reactions to medications.

Teri also had bad luck with men. She left Jim Jones and Peoples Temple under the wing of Mark Lane. He provided her support and encouragement, and she lived with him for several years before she found the courage to leave him. Years later, he hinted that he would disclose the secrets she had confided in him; whether it was her threat of a lawsuit that convinced him otherwise will never be known. After leaving Lane, she lived a number of years with another man who, following their break-up, did write a book about Peoples Temple which can only be characterized as revenge porn. And, although she never had a romantic relationship with Tim Stoen, she was deeply wounded by allegations of misdeeds that the former Temple attorney made about her in his book – misdeeds which, according to Teri, were acts that Stoen himself directed her to take.

And then there was her bad luck in timing. Teri left Peoples Temple on October 27, 1978, just three weeks before the deaths. It was a quiet departure – no announcement to the Temple beforehand, no announcement to the press afterwards – and as a result, she soon found herself caught in a limbo. Was she still a loyalist, as members of Concerned Relatives thought? Was she a defector, a traitor, a new Temple enemy, as Jones described her to the Jonestown community? She walked that fine line – slipping numerous times – for many years.

So who was she? Despite it all, Teri remained a kind woman – sometimes fragile, most times strong – who wanted only to be accepted and loved. She felt a deep sense of responsibility for the Temple’s end, a burden which paralyzed her at times. When reminded of other people’s roles in the weeks leading up to the deaths, she would reply, “Yeah,” but it was the “Yeah” of someone who heard you talking, not of her believing.

Teri spent the first 30 years following the tragedy outside of any Temple orbit. The circumstances of her separation, the obscurity she had embraced all too well, her sense of personal guilt, all conspired to make any ideas of reconnecting tentative.

She toyed with the idea of coming to the first non-memorial reunion of Temple survivors in San Diego for months. She was afraid of how she would be received; she was afraid of resurrecting the sorrow which she had spent so much time burying; the great distance between New England, to which she had returned, and the health problems which were already dogging her almost prevented her from coming. But then she heard the rumor that Stephan Jones might be there, and that decided it for her: “I need to ask Stephan for his forgiveness,” she said. (At the same time, Stephan was struggling with the idea of whether to come himself, but he had heard the rumor that Teri might be there, and that decided it for him: “I need to ask Teri for her forgiveness,” he said.) Whatever reservations either of them had were dissolved with tears the moment they embraced.

That characterized Teri’s reintroduction to the first large family that ever accepted her. She began the first evening of that reunion with timid handshakes and a trembling voice; by the end of the second day, she was greeting everyone she met with tremendous bear hugs. On the first full day at the reunion, she confided – to several people, as it turned out – her secret about Maria, Jim, and the red-hot spoon; the night before she left to return to Boston, she lifted her shirt in a room full of people to display her scar.

Throughout it all – all the years of isolation from the Temple community, the fewer years of reconnection – she expressed herself in poetry. There she found the refuge where she could tell her story. There she could express her strength, her defiance. Consider the last lines of “I Do Not Love You,” in which she relates the story of Jim Jones holding a gun to her head and commanding her to declare her love: “I don’t care / If you pull the trigger / This is the one thing / You cannot have.”

Those of us whom Teri did love – and who returned it in great measure – feel lucky to have had that love.