(Editor’s note: Jennifer Kathleen Gibbons is a regular contributor to the jonestown report. Her other article in this edition is Laura Johnston Kohl: True Survivor. Her complete collection of articles is here. The following is an excerpt of her memoir, One Summer Never Ends, One Summer Never Begins.)

In 2014, I started researching the cold case of Suzanne Bombardier, a 14-year-old girl who had been kidnapped, raped and murdered in Antioch, California in June of 1980. While I’ve investigated other cold cases as well, my interest in this one stemmed in part from the fact that she is buried near my grandparents in nearby Lafayette.

I began by conducting Google searches on Suzie’s case. Except for a news item from Lodi, I couldn’t find anything else. So I did what I always do when I embark on a project: I bought a notebook and started to make a list of possible suspects. This wasn’t hard to do.

Fifteen children in the Bay Area of northern California were kidnapped from 1972 – the year I was born – to 1993. Three were found dead. The only one I remembered clearly who was saved was Tara Burke, a three-year-old kidnapped from her parents’ car in North Concord. She was found in a van, naked from the waist down. I even remembered the names of her kidnappers – Luis “Tree Frog” Johnson and Alex Cabraga – and wondered if they could have abducted Suzie. I put their names on the list, but wasn’t sure how to approach finding out where they were in 1980.

The second name on the list was Philip Garrido. He was the most obvious suspect, the one who put Antioch on the map. Garrido kidnapped eleven-year-old Jaycee Dugard in 1991, and held her hostage in his Antioch home. I noticed that Jaycee’s and Susie’s coloring were similar. When I learned that Garrido was in Kansas serving a prison term for rape at the time of Suzie’s kidnapping, I took him off the list.

Next was Brian David Mitchell, who kidnapped Elizabeth Smart in Utah and held her hostage for nine months. As with Jaycee Dugard, Elizabeth and Suzie had the same blonde coloring. However, I couldn’t find anything that could connect Mitchell to the Bay Area in 1980. I put a “not sure” on his name, then moved on.

Richard Allen Davis was next, Polly Klaas’ kidnapper. This one I knew was doubtful. Polly had short brown hair, not at all like Susie. Also, he was in prison. Off the list.

I tried another tactic: I Googled “1980 cold cases Bay Area.” One popped up immediately: the murders of Al and Jeannie Mills.

Originally known as Elmer and Deanna Mertle, the Mills were longtime members of Peoples Temple, and Deanna in particular rose to a position of leadership. However, they left the Temple very publicly in 1975, speaking out against its leader Jim Jones and opening their home to deprogram cultists. They also changed their names to counteract the power of attorney they had given to Jones. When the Jonestown tragedy occurred in 1978, Al Mills went on several news shows to talk about what it was like to be a member of Peoples Temple. He had this world weariness about him: the worst had happened, he tried to stop it, but it still happened. 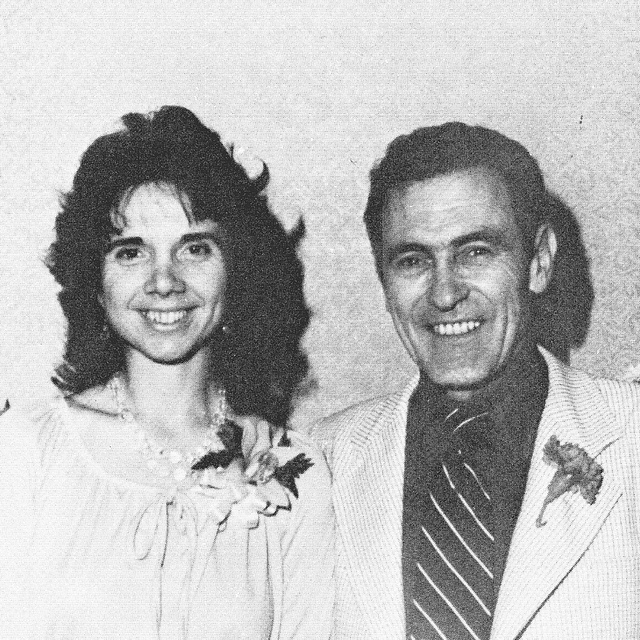 Fifteen months after the massacre, another tragedy happened. On February 27, 1980, Al and Jeannie were shot in their living room in their Berkeley home. By the time police arrived, they were both dead. Their daughter Daphene had been shot as well, but was still alive. She died two days later at Alta Bates hospital.

The police questioned the Mills’ son Eddie, who had been in another area of the house. According to police reports, he was “stoned” on pot. Eddie denied it. San Francisco Bay Guardian’s Bob Calhoun later reported Eddie had gun powder on his hands. Police didn’t follow up on it. Eddie had lost many of his friends in Jonestown, plus was a recent high school dropout. Yet, according to People, he was turning his life around, even helping his father Al renovate old homes.

Eddie eventually moved to Japan, but during the Christmas holidays in 2005, he returned to the U.S. to visit his surviving sister. Police arrested him at the Oakland airport in connection with the murders, but had to let him go several days later due to lack of evidence. Eddie returned to Japan, and hasn’t been back since.

For years, I tried writing a novel about Peoples Temple/Jonestown. The subject matter overwhelmed me so I had to put the novel on hold several times. I’d also written several pieces for this website, and became acquainted with a number of survivors and other researchers into the Temple story. I decided to approach one who had better contacts than I had to ask: did he know where Eddie Mills lived after his parents died? More to the point, did he live in Contra Costa County at the time of Suzanne Bombardier’s disappearance?

As I got ready for work, I wondered if I was doing the right thing. There had been a stereotype for years about Jonestown survivors that they were “crazy cultists” Besides, Suzie to my knowledge didn’t have anything to do with Peoples Temple. Also Suzie was stabbed to death; the members of the Mills family were shot. Not even remotely similar. But Suzie was so pretty, a boy could see her at the roller rink or a park, maybe strike up a conversation with her. It could’ve been Eddie Mills.

My phone buzzed when I was in the Embarcadero BART station. It was my contact. “I thought it would be safer to call you rather than email.”

“Because to be quite honest, he could’ve done it.”

“I have no idea if he was in Antioch. But he did stay in the Bay Area for a while after the murders. But you have to remember the three of them were shot. What happened to this girl? She was stabbed?”

“I know it doesn’t match, but I was thinking both happened in 1980, four months apart…” I trailed off. I knew I was grasping for straws. “I’m shaking the trees. I’m hoping something will fall down.”

“I know you are. I can’t say for sure Eddie did or didn’t do it. What I can say is don’t pin it on one person. Keep digging.”

“But I don’t want to put any of the survivors any more pain. You know I don’t.”

We said goodbye. Was I on a fool’s errand doing this? I wasn’t sure. I mentally scratched Eddie Mills’ name off the list and walked to work. I remembered something Jeannie Mills said at Dominican College: She wanted to put Peoples Temple behind her and go about with the business of living. In the end, that’s all we were doing. It was what Suzie was doing that night, baby-sitting, talking with friends. It was what I was doing, walking to work. I just wanted to find out what happened to her.

On December 11, 2017, Mitchell Lynn Bacom was arrested for the kidnapping, rape and murder of Suzanne Bombardier. He is currently awaiting trial in Martinez, California. The case of the Mertle murders is still unsolved. Eddie Mills lives in Japan with his family.