In addition to the FBI’s RYMUR investigation files and its compilation of Peoples Temple documents, the FBI released several other collections of material in what it referred to a “bulky” folders. The contents of those 15 folders are as follows: 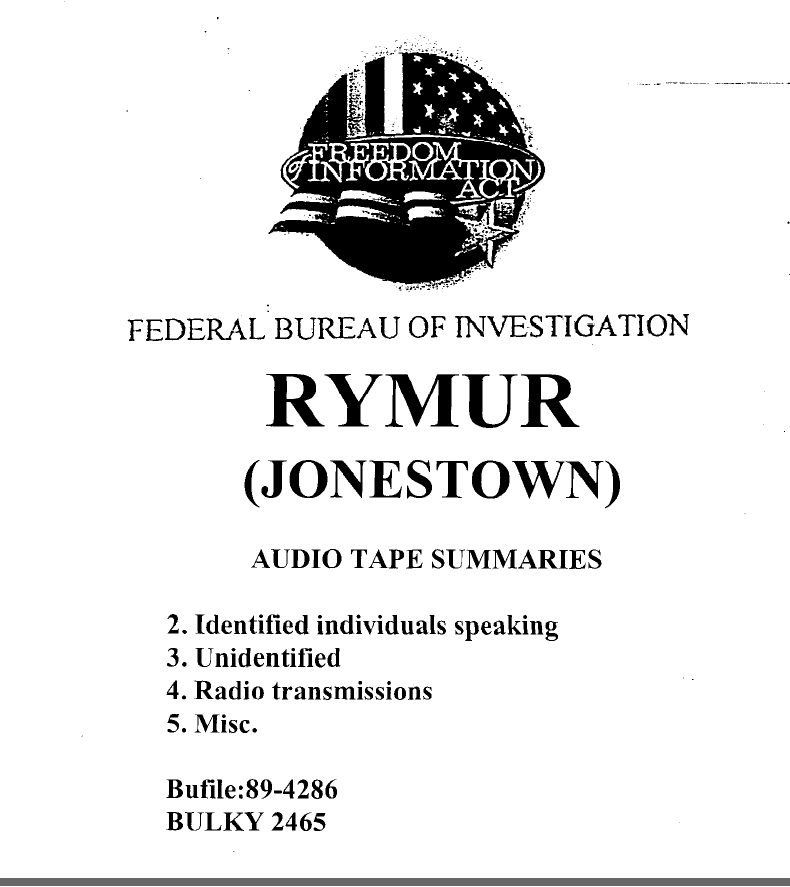 Tape Summaries: These sections comprise the FBI’s summaries of the audiotapes recovered from Jonestown, organized by subject area. The texts from these summaries are indexed here. In addition, each transcript on the list of transcribed tapes includes the FBI summary.

Photos from Ryan Trip: This section includes photocopies (of poor quality) of the pictures and contact sheets developed from Rep. Leo Ryan’s camera. Digital versions of these photos are available on the Peoples Temple Flickr site. The section begins with a photocopy of Trish Leroy’s suicide note, which has also been reproduced in a digital format.

Newspaper clippings: The FBI organized and released ten volumes of newspaper clippings related to the assassination of Leo Ryan, the deaths in Jonestown, and the aftermath of the tragedy. The index to the clippings appears here.

Autopsy reports: The final volume of the FBI’s collection comprise the autopsy reports of six people who died in Jonestown. These reports may be found here.