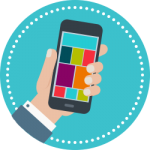 Due to the increased number of site visits by those using smart devices like phones and tablets, we have been working on a responsive interface design that will automatically adjust to the size of the device being used. This will make the site easier to navigate, articles more readable, and charts and tables user-friendly.

Our analytics show that between 60 and 70 percent of visitors are now utilizing mobile devices to access the website. The shift to a responsive interface will not change viewing capability for those using desktop or laptop computers. It will simply make the site more attractive to all viewers and more sensitive to the devices being used.

With the exceptions of the Death Tape (Q 042) and the tape recorded the day after the deaths (Q 875), the best known segment of tape recovered by the FBI after November 18 is a two-minute excerpt – from about 2:40 to 4:44 – on Q 948, when Jim Jones leads the Jonestown community in a cry of defiance and menace. “Let the night roar,” he shouts several times, as the crowd ululates in a war cry behind him.

The segment was first used in 1981 as part of the NPR radio documentary, Father Cares, based upon the book, Our Father, Who Art in Hell, by James Reston, Jr., who had discovered the tape in the course of his research. It has been used scores of times, in other radio productions, in music, and in podcasts.

Throughout this time, however, the location of the segment itself remained elusive, until it was re-discovered in August 2022 by this website. The transcript and summary of Q948 give context to the segment, providing a date for it, for example, to Christmas Day 1977.

Within the last few years, the managers of the website have increased their efforts to transcribe more sections of the Peoples Temple documents released under the Freedom of Information Act. The files collected by the FBI were released in their entirety in the pdf format in 2009, with a listing of the sections here. Many of the sections – such as the one designated by the FBI as Section 77, CC-11 Administrative Functions – have had numerous individual documents transcribed, but increasingly, we are transcribing entire sections to include both pdf and text. Sections transcribed within the last 15 months include:

The managers of the site are especially grateful to Heather Shannon for her invaluable assistance in transcription of several of these sections.