This article represents my 2018 entry of an ongoing series of podcast reviews which I started in last year’s edition of the jonestown report. My first article from 2017 covers nine podcasts. I also wrote an introductory piece last year, explaining what podcasts are and how they fit in the mix of online media information sources.

This year – the fortieth anniversary of Jonestown’s destruction – has brought forth a plethora of new podcasts covering Peoples Temple. I try to be as inclusive as possible. The only criteria required to be reviewed is to broadcast a podcast episode about Peoples Temple and/or Jim Jones. Two podcasts devote nearly ten hours each to the subject. Two are monumentally great, most are good, a couple are just bad. Be forewarned that some of these shows make jokes about the subject and since humor is subjective, I make no judgment in that area, but I will note which ones have jokes. 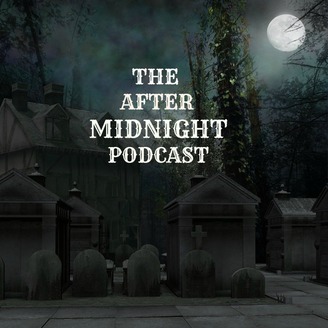 Hosted by Denny Lewis, with special guest Pedro Nunez, this episode covers the basic Peoples Temple story, and I suspect it was done without a script. Their research consists of watching four documentaries. None are named but I suspect Stanley Nelson’s documentary Jonestown: The Life and Death of Peoples Temple (2006) and Tim Wolochatiuk’s Jonestown: Paradise Lost (2007) are two of them. Pedro has a degree in psychology, so he does offer some genuine insights about cognitive dissonance and human herd instincts. Unfortunately, as Pedro admits, he’s been drinking, and so these gems are weighed down with rambling discourse during which Denny gets two sentences out and Pedro interrupts with a five-minute lecture. This happens less and less as the episode progresses. I think Denny may also have been drinking, since he makes with references to John Jones (okay, that may have been a mistake) and Leo Kruger (whoever he is). There are further mistakes about Jones fleeing to Brazil because his “faith healings” were being investigated, which – because no one has ever reported on this before – may be a piece of history found in the bottle. There are also basic mistakes in history, such as a reference to Hitler banning smoking in all of Germany. I might have been able to take the hosts more seriously if they had done more research and had been sober. According to my notes, I put my head down on my desk several times. While not the worst podcast on Peoples Temple, it’s close. 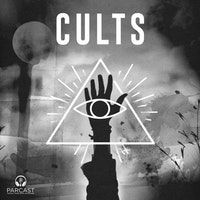 Greg Polcyn and Vanessa Richardson’s two episode podcast – Part 1 and Part 2 – provides smooth, professional voices, well-placed music cues, and an overall production that would not sound out of place on National Public Radio. It provides a comprehensive history and makes a remarkable effort at placing Peoples Temple in its time period by explaining how many people joined Peoples Temple because of its emphasis on fighting racial injustice and poverty. They also try to provide insight on how Jones manipulated his followers using the “thought reform” work of psychiatrist Robert J. Lifton. Even if you disagree with Lifton’s ideas, this is still worth checking out. 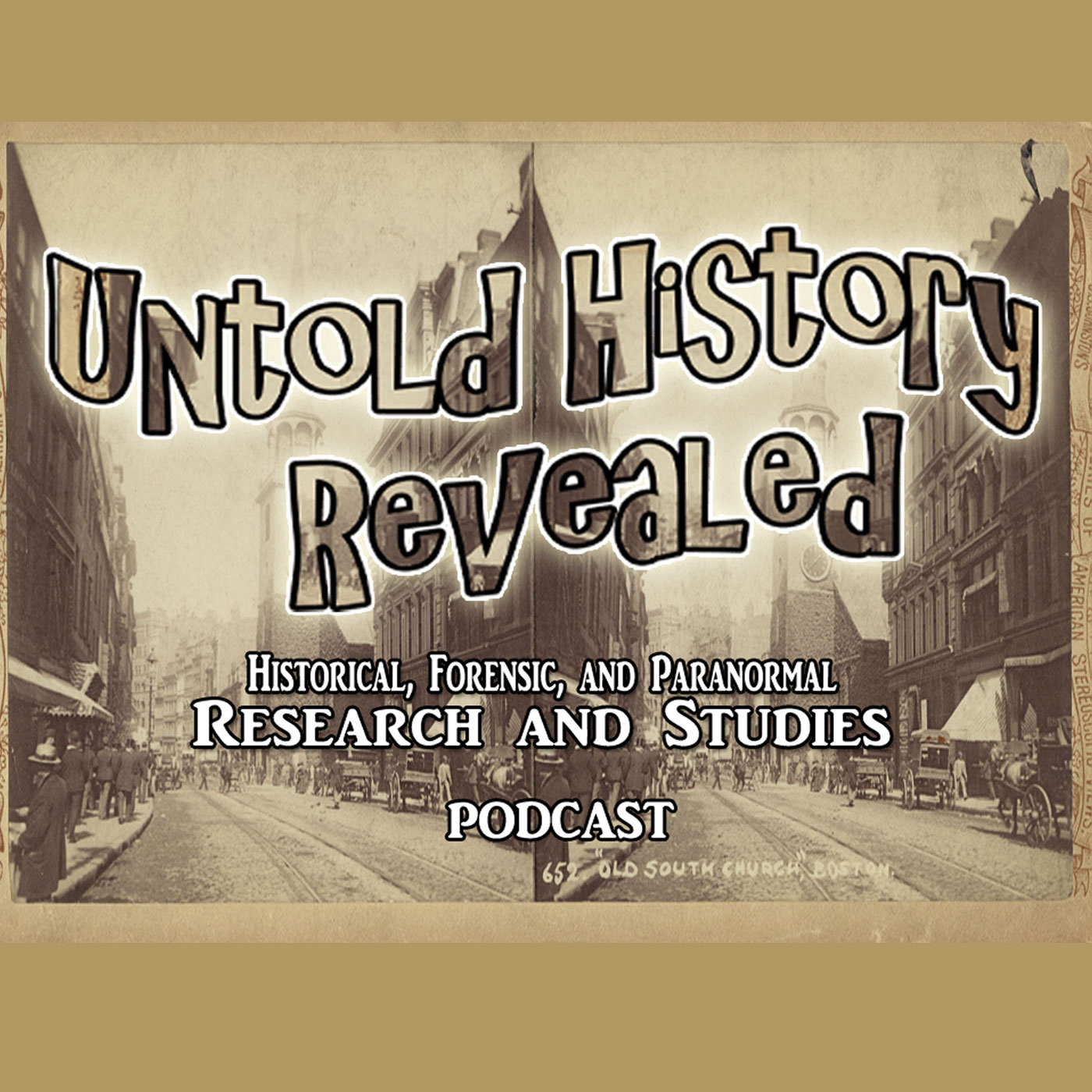 History Untold
This episode of this podcast by teenage podcaster Juliana Salamone uses a lot of clips from Stanley Nelson’s 2006 documentary. Because it is only thirteen minutes long, it has no depth, but the production values are high, which is more than I can say for some of the others I heard this year. Salamone only made one episode of her show. I don’t know if it was more work than she cared to do, or if she decided to turn her creative energies towards poetry, where she has some notable talent. 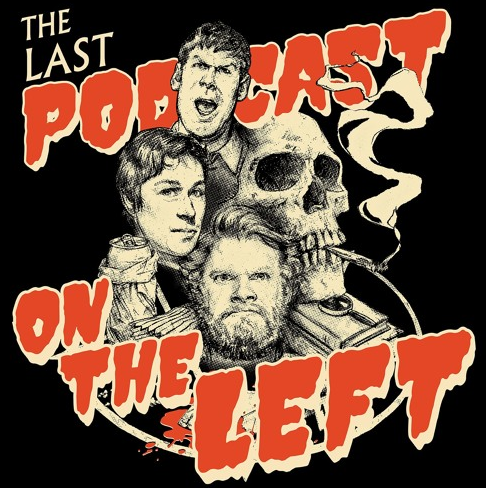 Last Podcast on the Left
A monumental five-part series hosted by comedians Ben Kissel and Henry Zebrowski, and podcast producer and researcher Marcus Parks, this podcast – beginning with Episode 300 with additional episodes listed under “Related tracks” – spent just under ten hours on the story. Be warned, they make a lot of jokes, some of them off-color, and all of them constantly interrupt the narrative. I imagine they could have cut this down to seven hours if they wouldn’t joke so much. The level of research using books, FBI files, Peoples Temple tapes, and interviews makes up for the crudeness, but their forays into comedy and other tangents – even if some of them are very worthwhile – can make it difficult for a novice to keep their place in the story. If you already have a strong grasp on the story of Peoples Temple, it is entertaining, informative and worth listening to.

Podcast of Doom
This is a good one episode podcast whose main source appears to be Raven. The host, David Apelzin, begins the podcast by explaining what “drinking the Kool-Aid” means because a lot of people – especially young people – don’t know. From there he provides the basic story of Jones from childhood to Jonestown. He surprised me by covering obscure topics like Ronnie Baldwin and Bob Houston that other single episode podcasts never touch. If you’re looking for a primer episode Peoples Temple, this is a good one. 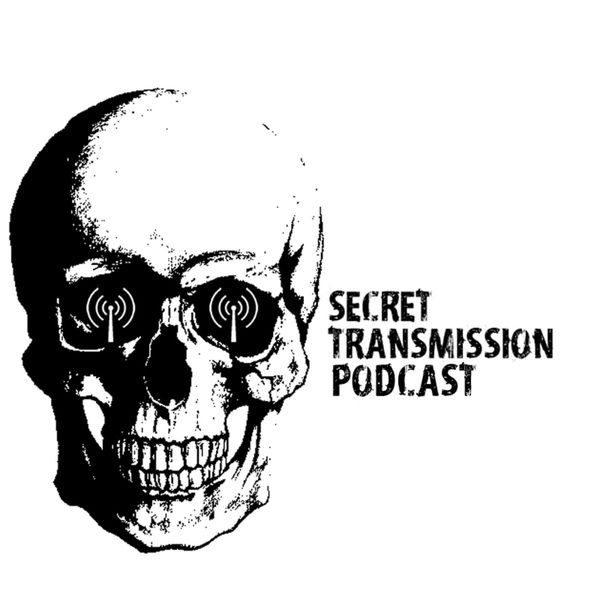 Secret Transmission
The introduction to this podcast states that the hosts are no experts and do “little or no research.” One of the hosts – I think it was Toby Schofield – has some sort of vocal effect that changes his voice: he introduces himself as Satan and occasionally uses the effect throughout the episode. Using lots of clips from Nelson’s 2006 documentary, Rudy, Toby, and Kristen provide the basic Peoples Temple story. The humor is weak, they add nothing new to the story, and they use so many clips from Nelson’s documentary, you might as well just watch that instead of listen to this.

Sword and Scale
This single episode podcast is built around an interview with Julia Scheeres, author of A Thousand Lives. That book was published in 2011, and I’m not sure why she’s giving an interview concerning a subject she finished seven years ago. The format here is that the host moves the narrative along, with Scheeres providing some depth and color. Long segments are taken from Peoples Temple recordings and old TV news clips of Tim Stoen and Leo Ryan. Most of the second hour is taken up by a replay of the “Death Tape” – which will allow listeners already familiar with that to fast forward a bit. Scheeres’ audio is a bit rough – she is calling in either on a phone line or through Skype – but it is clear and understandable. It jumps around a bit in the timeline, so I wouldn’t recommend it to a novice, but whatever you think of Scheeres’ book, this is pretty good. 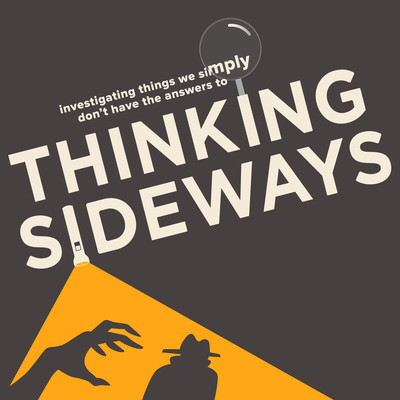 Thinking Sideways
This is an odd one. Using FBI files and Shiva Naipaul’s Journey to Nowhere (1982), Steve, Devin, and Joe approach Peoples Temple by starting with the murder of the Mills family in 1980. They cover mysterious deaths associated with the Temple – such as Bob Houston, Chris Lewis, Maxine Harpe, Truth Hart, and John Head, information on whom was likely taken from an FAQ on this site – but the primary focus is on the Mills. I didn’t know anything about these deaths, so I was more forgiving of some of the minor mistakes in the narrative such as the statement that everybody in Jonestown was being drugged to some extent.

Unfortunately, whatever good will is generated is burned later in the podcast. I understand that the hosts are trying to solve a murder from 1980 so they’re throwing out ideas contemporaneous to the period about who might have been responsible. The problem is that they never preface themselves by telling the audience that these are 38-year-old suppositions and assumptions. When they say that Stephan Jones was “a bigger psycho than his dad” and “considered even more dangerous than [Jim] Jones”, or that Tim Jones and Sandy Bradshaw are both “dangerous, whereabouts unknown,” a casual listener could infer that those statements are still true today. Readers of this article might consider this nitpicking, but that’s what historians do: they carefully reconstruct narratives and timelines to make sure the context is correct.

By the end of the episode, the hosts have drifted from the Mills murders, touched upon numerous other deaths, list some suspects, and come to no conclusions. If you’re interested in the mysterious deaths surrounding Peoples Temple, there are better places to find out about them.

Transmissions from Jonestown
Wow. Coming in at around nine hours, Shannon Howard uses more Peoples Temple tapes than all the other podcasts from the last two years reviews put together. Starting with a vast library of tapes with Jones’ voice, Howard mixes music, electronic effects, and the voices of multiple actors are mixed to tell the story of Peoples Temple. The end result alone makes it worth recommending.

It is not, however, for a beginner, because it does jump around in the narrative. In addition, it presents a number of the unanswered questions that surround Jim Jones, Peoples Temple, and Jonestown, which can be disconcerting without a solid foundation of Peoples Temple history. These unanswered questions also cause some forays into speculative conspiracy theories. While Howard never proclaims which, if any, of these theories she personally believes in – and even if some of the proposed theories spin out to the edge of historical probability – her stated purpose of encouraging listeners to do their own research and keep asking questions is laudable.

Potential listeners who might be turned off by conspiracy theories, shouldn’t be. The technical achievement accomplished here not only pushes the boundaries of what Peoples Temple podcasts can do, but what podcasts in general can do. This is highly recommended.

This podcast focused only on the last 24 hours of Jonestown. It provides the context of the White Nights, but very little history beyond that. Certainly such factors contributing to the tensions in Jonestown, such as the Stoen child custody battle and the Temples problems with the IRS and Customs, are never mentioned. This podcast also has a weird habit of not using names. The subject of Marshall Kilduff’s article in New West is brought up, but he’s referred to as “a reporter.” Christine Miller– the lone identified dissenter on the Death Tape – is referred to as “a woman.”

There are serious mistakes here and one made me laugh. The generally accepted timeline, for example, is that Jonestown resident Vern Gosney slipped a note to NBC reporter Don Harris on the evening of November 17. On the morning of the 18th, Jones was interviewed about it, defections started, Don Sly tried to kill Leo Ryan, and events took their course. These guys condense all that to the same day. Vern Gosney passes the note, and immediately Don Harris interviews Jones, defections begin, Ryan is attacked, etc. They also believe that Jackie Speier was a reporter, that music was being played during the final White Night, which it was not, the tape was being re-used. One of the mistakes made me laugh: they relate that Stephan Jones attempted to drive back to Jonestown to stop the final White Night.

Finally – if you’ll indulge a pet peeve of mine – these guys refer to Jones’ Southern drawl, as the podcast Timesuck did last year. I don’t know what you Yankees think a Southern drawl sounds like, but Jim Jones did not have one. He may have had a country drawl, but that’s not the same thing.

(Jason Dikes holds a degree in broadcast communications from Stephen F. Austin State University, an MA in history from the aforementioned institution, and an MLS from The University of North Texas. He currently is an adjunct professor of American history at Austin Community College and a cataloging librarian for the City of Round Rock. His other article in this edition of the jonestown report is Compromised Enablers. His collection of articles for this site may be found here. He may be reached at jdikes@austincc.edu.)