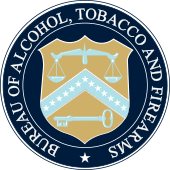 Within days of the deaths in Jonestown, the Bureau of Alcohol, Tobacco and Firearms (BATF) of the U.S. Department of the Treasury was charged with tracing the weapons – the number was initially put at 36 – recovered in Jonestown. Nevertheless, the list of weapons which the State Department turned over to ATF for investigation had only 32 entries, and the first memo below summarizes the results of the agency’s search for records of ownership for those 32 weapons.

The following reports to the Special Agent in Charge (SAC) of the FBI in San Francisco track the ownership of the weapons found in the Temple’s possession.

The memos were among the documents released in 1980 pursuant to a Freedom of Information Act request filed by John Hanrahan, an investigator working with the relatives of Carolyn Moore Layton and Ann Elizabeth Moore who died in Jonestown. The relatives include the women’s sister Rebecca Moore and her husband, Fielding McGehee, who are now the managers of this site.

The reports include a five-page memo dated 12 December 78, a four-page follow-up dated 2 January 1979, and a single page wrapping up the investigation dated 16 January 1979.

The opening paragraph of the first memo, as well as the final paragraph of the narrative before the listing begins, refers to “176” firearms found in Jonestown (although the memo’s second reference includes the caveat of “presumably found”). The larger number comes from former – mostly disaffected – members of Peoples Temple, who alleged that guns were being smuggled into Guyana in shipping crates with false bottoms. According to a Customs Service report from 1977 – which was then turned over to INTERPOL, the international police agency, and then eventually to the people of Jonestown – one former Temple member “stated that she had over 170 weapons stored at her house. [and that] the weapons were subsequently taken to Guiana [Guyana] via chartered aircraft out of Miami.” The same report also states that “in 1974 JONES had put out an appeal for all unregistered weapons his people could acquire,” an allegation which is repeated in the second paragraph of the memo below.

The second ATF memo reported that, “there was no evidence to date of any violation of laws under ATF jurisdiction and that ATF had no reason to continue the investigation.” The second memo lists no additional weapons which were still being investigated or the status of which was still pending. The final memo comes to a similar conclusion and recommends that “this investigation be closed.”

As a result, then, as far as this website has been able to ascertain, the size of the Jonestown arsenal was about 32 weapons, a number lower than immediate reports suggested, and significantly lower than the rumored total.

It is noteworthy that the list includes no machine guns, despite initial reports to the contrary. It should also be noted, however, that the weapons had in fact been smuggled into Guyana: no one in Peoples Temple had obtained an export license for them, nor had the guns been registered in Guyana.

According to Raven, by Tim Reiterman and John Jacobs (New York: E.P.Dutton, Inc., 1982), “a Remington Model 700 .308 caliber bolt action rifle” was used to assassinate Leo Ryan. Jack Beam, Sr., acquired the weapon in San Francisco on October 31, 1977, “about two months after custom halted its investigation.” That weapon does appear on the first list as entry number 30.

The text of the memos includes original spellings, such as the repetitive use of “People’s Temple” (in fact, the organization was known as “Peoples Temple”). Other known misspellings are followed by the correction in brackets. The numerous deletions refer to names and identifying information of individual Temple members who were licensed to own the guns, to former Temple members who assisted ATF, and to investigators from federal agencies.

These memos were released from the Bureau of Alcohol, Tobacco and Firearms pursuant to a request under the Freedom of Information Act. Additional information – which was initially withheld from the first entry – was released in 2014 pursuant to McGehee et al. v. Justice, and in denoted by red type.

Other documents released pursuant to the FOIA request to the BATF include the agency’s investigation files, drafts of the memos which were eventually released, office correspondence, and other working papers. Most are heavily redacted and/or almost illegible. The bureau also released two FBI serials/State Department cables pertaining to its investigation.

This page also includes the FOIA correspondence between John Hanrahan’s office and the BATF, as well as two newspaper articles that discuss the bureau’s role.

Finally, the page collects the other FBI serials related to the Bureau of Alcohol, Tobacco and Firearms. These serials were released pursuant to several FOIA requests made by Rebecca Moore and Fielding McGehee.

Bureau of Alcohol, Tobacco and Firearms (ATF) records of investigation

Bureau of Alcohol, Tobacco and Firearms inter-agency records from FBI and State Department

FOIA Correspondence with Bureau of Alcohol, Tobacco and Firearms, 1980

Other FBI serials related to the Bureau of Alcohol, Tobacco and Firearms