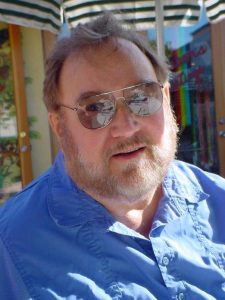 Don Beck, a member of Peoples Temple living in Redwood Valley in November 1978, was part of the group on the original trip to Guyana, and went during the summers of 1974 and 1976 as Jonestown was being built. He participated in the Peoples Temple Oral History Project in 2015, and his interview is here.

Don died on July 9, 2021 after a lengthy illness. He was 78. A collection of short remembrances from his Temple family appears here. Rebecca Moore’s remembrance is here. A tribute by Jennifer Kathleen Gibbons appears here.

Expenditures by Peoples Temple in Guyana (2012)

A World Unto Itself: Life in the States after Jim Jones Moved to Guyana (2012)

Talking with Cults: Conversations with a Video Director (2011)

Materials Gathered by FBI RYMUR Investigation: Is There More? (2010)

Confessions of a Junior Choir Director (2009)

What We Haven’t Learned from Jonestown: The Rest of the Story (2009)

The Theology of Peoples Temple: A View from Inside (2007)

Murder or Suicide: Coercion or Choice (2006)

Johnny Moss Brown Jones: A Presence and a Partner (2013)

Anthony Simon and the Jonestown Chicks (2013)

Remembrance of Alice and Ava Inghram, Mother and Daughter (2010)

Don Beck was also the principal researcher and writer for the link at Jonestown Research. He also transcribed numerous tapes, including Q 233 and Q 240.