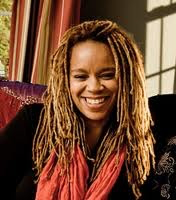 The news that Carmen Gillespie suddenly and unexpectedly died came as a horrible shock to us.

An obituary from The Daily Item, the local Lewisburg, Pennsylvania newspaper provides the details of her life and background, as does the announcement from Bucknell University, where she was an inspiring and dedicated educator, scholar, and innovator.

I would simply like to talk about Carmen and her contribution to public understanding of Jonestown and Peoples Temple. In a nutshell, she “got it” – she understood the significance of the movement and the people who were part of it in a way that most outsiders never do.

This was particularly clear in her award-winning book of poetry Jonestown: A Vexation. The volume captures the enigma and paradox of life and death in the community. It comprises commentary, biography, and history as well as poetry, and, on occasion, incorporates words from Jim Jones’ sermons and speeches.

In addition to devoting a book to Peoples Temple and Jonestown, Carmen organized a series of lectures in 2013 entitled “Jonestown: 35 Years Later.” Filmmaker Stanley Nelson (Jonestown: The Life and Death of Peoples Temple) and playwright Leigh Fondakowski (The People’s Temple), along with several former members of Peoples Temple and others, traveled to the Griot Institute, which she founded and directed. There they engaged with students at Bucknell University for a semester of lectures, films, and roundtable discussions.

This series embodied Carmen’s essence, both as a student and an educator. She had lived in Guyana in the late 1970s as a teenager – leaving in early 1978 – but hadn’t known, as she wrote, “that nearly 1000 Americans were living in what we all called the interior.” It was her curiosity about the silence around Jonestown, her willingness to challenge the prevailing narrative about events in 1978, both in the US and in Guyana, and her openness to grasp the Temple’s complexities and nuances that took her to her own understanding of the event. Carmen was inspired – compelled, really – to pass along her insights to students of the present generation, to tell the stories on a human-to-human level.

The Alternative Considerations website proudly carries examples of Carmen Gillespie’s work, along with videotapes and transcripts of the Griot Institute series on Jonestown. We will miss her deeply.